A handyman accused of stabbing a Queens mother 58 times, stuffing her body in her son’s hockey bag and leaving it on the side of a road was having an on and off affair with the victim, New York City police said Thursday.

David Bonola, 44, of Queens, was taken into custody on charges of murder, criminal tampering and criminal possession of a weapon in the killing of Orsolya Gaal, according to police.

Chief of Detectives James Essig said in a news conference Thursday that Bonola was in “an intimate relationship” with Gaal for two years. He said there are no other suspects in her death at this time.

Gaal, a 51-year-old mother of two, was found in a bag on the corner of Metropolitan Avenue and Jackie Robinson Parkway in Forest Hills shortly after 8 a.m. Saturday, the NYPD said.

Bonola had worked at Gaal’s home for two years as a handyman, police said.

“They had been off and on, and they had broken up prior but had reunited early in the month of April. Their relationship was considered at an end,” one official said. It’s not clear who initiated the break up.

Police shared a timeline of events leading up to Gaal’s death.

According to authorities, she attended a show Friday night at the Lincoln Center in Manhattan, then took the train back to Forest Hills. Gaal stopped at a local establishment about 11:20 p.m. before returning home an hour later.

Bonola arrived at the residence between 12:30 and 12:40 a.m. He was either “let in voluntarily” or used a key he had knowledge about hidden in a barbecue, Essig said.

The pair argued in the basement and a knife was produced. They were having a “domestic type dispute” over their intimate relationship, Lt. Timothy Thompson with the NYPD’s Queens North homicide squad said.

Gaal was “ruthlessly and brutally” stabbed in the basement, according to Essig.

She had 58 stab wounds to her neck, torso, arm and hand, police sources previously said. The hand wounds were likely from attempts to fight off the attacker, according to the sources.

Bonola put Gaal in her son’s hockey bag and was captured on security camera footage wheeling the bag down 75th Avenue in Forest Hills, Essig said.

After disposing of her body, Bonola is believed to have fled through Forest Park, where investigators believe they recovered his jacket, Essig said. Detectives also found boots, a T-shirt and bloody bandages at another undisclosed location.

Bonola was treated for wounds to his hands at a hospital on Saturday, authorities revealed.

Gaal’s husband and eldest son were out of town on a trip at the time, NBC New York previously reported. Their 13-year-old son was home and he was not involved in the attack, police said.

After detectives found her body in the bag, a trail of blood led them to her Juno Street home about a half-mile away, according to police.

A knife believed to be used was recovered from the house.

Police found Bonola Wednesday night as they were canvassing for more video footage in the case. He willingly came in for questioning and “made incriminating statements,” Essig said.

Officials said that he does not have an arrest history.

The investigation is preliminary and ongoing, authorities said.

According to social media posts, a profile for David Bonola appeared to leave flirtatious comments on Gaal’s Facebook page in May 2020 writing in Spanish, “the most beautiful woman” and saying she had the “look of love.”

Gaal was last seen alive at the Forest Hills Station House. Pub manager Gabriel Veras told NBC New York she “had a Moscow mule, had a bite to eat” and there was “nothing unusual. She didn’t seem frightened or scared or panicked.”

“She was a very, very sweet regular. She left alone and we were in shock the next day. Shock,” Veras said.

Jonathan Dienst is a reporter for WNBC-TV in New York, leading its investigative reporting team and covering justice and law enforcement issues.

Myles Miller is a reporter at WNBC-TV. 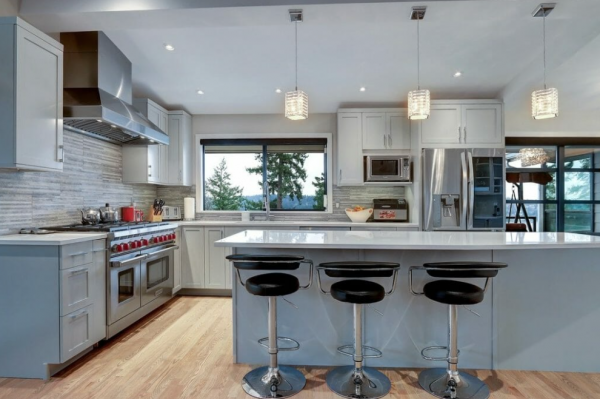