The News & Observer Tar Heel of the Month

The News & Observer’s Tar Heel of the Month honors residents who have made significant contributions to the Triangle, North Carolina and beyond. At the end of the year, a Tar Heel of the Year is named. Do you want to nominate someone? Email [email protected]

Nora El-Khouri Spencer sometimes tells people that she started her nonprofit Hope Renovations because she got mad.

She had picked up construction and home renovation as a hobby while working a corporate job at Lowe’s and after an expensive contractor job-gone-wrong at her first home with her husband. Spencer bought a few power tools with her employee discount and turned to YouTube to learn how to do her own home renovations.

As she and her husband bought and renovated more houses over time, she followed contractors around and asked them to teach her what they were doing.

But then she realized: After years in home renovation, she had never met another woman in the field. All the general contractors she worked with, many making six-figure salaries, were men.

“I got mad that I never saw women doing it, and also that it was never presented to me as an opportunity,” Spencer told The News & Observer. “Why was this not something that I ever knew about? And I think that made me realize the change that I could be a part of help bringing about.”

“Our mission is to change the gender make-up of this industry and ensure that people that aren’t represented [can] have these great career opportunities,” said Spencer, who earned bachelor’s and master’s degrees from UNC-Chapel Hill.

Hope Renovations, a nonprofit organization based in Carborro, offers a free, 12-week trades training program for women and nonbinary individuals to learn the construction and professional skills they need to land a well-paying job or apprenticeship in construction or to pursue further training.

The program teaches core construction skills, such as blueprint reading, construction math, safety and basic carpentry, while also training participants in networking, resume and cover letter writing, communication skills, conflict resolution and more. Trainees can then move on to Construction 101, which gives a taste of all the major construction trades, from carpentry and electrical to plumbing and roofing.

While the program is free to all trainees, the nonprofit also offers case management services to connect participants with resources ranging from childcare to transportation and housing. This support is key to what Hope Renovations offers.

“It’s one thing to give them the skills, but to really create that confidence that they can go out there and do this and then have the support to be successful at it — that was really what we wanted to pull together,” Spencer said.

Spencer, and the program, have received accolades and national recognition. This May, CNN named Spencer one of the network’s CNN Heroes, a regular feature that pays tribute to “everyday people doing extraordinary things to change the world.”

Hope Renovations goes beyond helping participants launch a new path for themselves.

They also get to practice what they learn on site alongside Hope Renovation’s professional construction crew, which is made up entirely of women and nonbinary individuals. The team focuses on small- to mid-sized home repairs — projects that typical construction firms might pass up to work on bigger projects.

That’s the other side to the organization’s mission: to enable senior citizens and adults with disabilities to “stay in their homes comfortably and safely as they age,” a concept Spencer learned about while obtaining her master’s in social work. These services are offered on a sliding scale

Since the nonprofit launched in June 2020, 50 people have graduated from the program, according to Spencer. A majority have since found jobs in the industry.

Moving forward, Hope Renovation plans to a pilot a fully Spanish-speaking cohort, and is looking into potentially offering childcare options for trainees and expanding its nighttime class offerings. Spencer hopes to expand Hope Renovations to provide services throughout the Triangle, and eventually, the country.

For creating opportunities for women and nonbinary individuals to build new careers and lives and enabling older adults to safely remain in their homes, Spencer is The N&O’s Tar Heel of the Month, which honors people who have made significant contributions to North Carolina and the region.

Spencer talked to The N&O about the future of Hope Renovations, her grandfather’s influence, and how a career change made all the difference. Here are excerpts from our conversation.

How do you see your role in the Carborro/Chapel Hill community?

For Spencer, “it’s important not just to represent nonprofit interests in the community, but to represent this segment of people in this industry.”

“What we have found is overwhelmingly, women and nonbinary folks — they are dying to get these opportunities and to access these great paying jobs and figure out how to get into this industry. I think my job in the community is to elevate their voices, and to make sure that they’re heard and to make sure that our employers and our community partners know that these folks are here and they want to do this work. And we got to help them get there.”

What is the achievement you’re most proud of?

“I was really honored to be named a CNN Hero back in May. … That was just really special to me, not just because of the national recognition, but because of what it did to drive home my belief that this is something that is needed everywhere.

“There’s so much desire for this — not just for the training, but also for the aging in place work that we do. And I think that was really exciting and really validating because ultimately, we want to expand. … It’s made me realize that that is definitely something that we can make happen.”

What does leadership mean to you?

“I believe that the best leaders are those who can stand behind the people on their team and allow them to be the best they can be in their jobs. This organization is not about me … Hope Renovations is the 12 people that I have working for me. They are the ones that are doing this work in the trenches, making this happen every single day.

“So my job as a leader is to make sure that they can do that … because the impact that we have in the community is 100% because they’re out there getting it done.”

Who is your role model or inspiration?

“And he was not welcomed at first, but he persevered and he had a business. He started a department store. And he had this department store almost his entire life and it became a pinnacle of the community, and he became so important to the community. … It’s just so inspiring to me to think of somebody who was discriminated against and not welcome, and then his heart was so strong for that community and those people that that stuff didn’t matter.

“They have a street named after him. When he died, it was a loss for the entire community. But yeah, he’s my hero, both in business and in heart.”

What is a turning point in your life that helped define where you are today?

“I went into television news right after college, and I realized pretty quick that it wasn’t a fit for me. … I came across this temp staffing agency … that mostly hired for light industrial and manufacturing jobs. And so the large majority of the folks that we put to work were low-income, traditionally underserved, marginalized populations. I had never worked closely with those folks before. I grew up very much in a white collar neighborhood, upper-middle class. It was my first experience helping folks, a lot of times, get back on their feet, get these good jobs.

“Within that, what was really impactful was the women that would come to us looking for work. We had a range of jobs, everything from $8 an hour assembly line jobs to $15 an hour manufacturing jobs at a big truck plant. And when the women would come to us looking for work, they always would opt for the $8 an hour jobs. Their assumption were those were the jobs that were for them. … And I would always try to encourage them to consider — if they had the skills — the $12 an hour or the $15 an hour job.

“It is incredible seeing what having a higher wage can do for somebody in their life. … It really can transform somebody’s outlook on their life. … That whole experience really made me realize how important work is and how work is such a big part of our lives and what a good job can do for someone.”

Looking back on where you’ve come, what would you say to your younger self?

“I was 35 when I went to grad school and 40 when I started Hope Renovations, and I still don’t think I’m done. I know I’m not done. I think I would tell my younger self, you have lots of time to figure it out. So don’t feel like you’ve got to be on the exact path you’re going to be on for the rest of your life. Because you’re just not going to.

Get to know Nora El-Khouri Spencer

What was the last book you read? John Steinbeck’s “Cannery Row.”

What is your favorite movie? “The one that I could watch over and over and never get tired of is probably ‘Happy Gilmore.’”

What is your favorite song or musical artist? “Probably U2.”

Which famous person living or dead would you invite to dinner and why? “I would love to invite Melinda Gates to dinner. She’s very smart, and she really blazed a trail for herself that was outside of the trail people expected her to blaze. And she’s also been through a lot of junk and I just want to get the dirty details.”

What do you remember the most about your childhood? “Summers with my brother. We were Gen X so we were pretty much left to our own devices, every day all day. When I think about my happy place, it’s with my brother, hanging out in the summertime.”

What were you like in high school? “I was very driven. I was voted most likely to succeed. I don’t think any of my friends from high school are surprised at where I’ve gotten today.”

Do you have a favorite quote? If so, what is it? “I do. It’s from a man named Nelson Henderson: ‘The true meaning of life is to plant trees under whose shade we do not intend to sit.’ And we talked earlier about my grandfather. He did that, and I feel like that’s my mission in life.”

Nominate a Tar Heel of the Month

The News & Observer’s Tar Heel of the Month honors residents who have made significant contributions to the Triangle, North Carolina and beyond. At the end of the year, a Tar Heel of the Year is named. Do you want to nominate someone? Email [email protected]

Kayla is a reporter interning on The News & Observer’s metro desk this summer. Originally from Long Island, New York, Kayla is a senior at Brown University, where she studies public policy and previously served as editor-in-chief of the university’s independent student newspaper. You can reach her at [email protected] or ‪(919) 829-4570‬.

Sat Jul 30 , 2022
CHILTON COUNTY, Ala. (WHNT) – On Wednesday, News 19 informed viewers about a contractor, Eller’s Odds ‘n’ Ends Handyman Service and Construction, that has no known business address – but is known to leave many jobs unfinished after taking thousands of dollars from customers.   The people who hired him reached […] 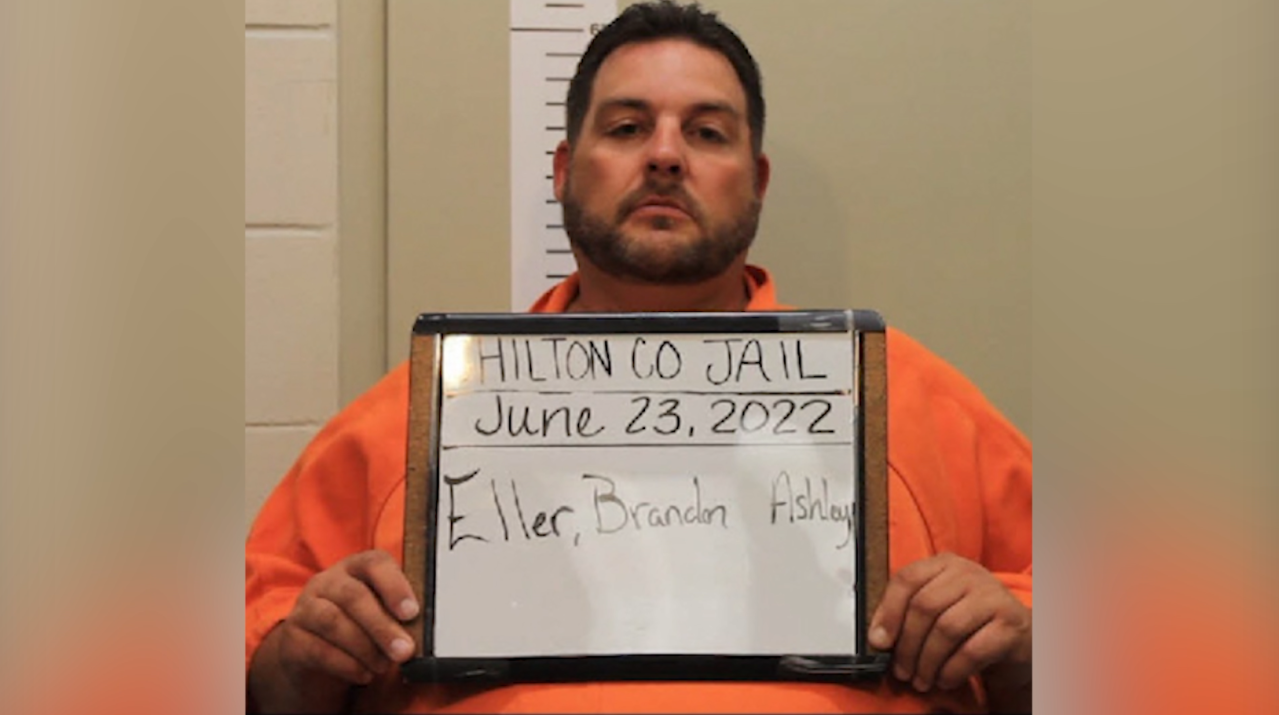