Real estate professionals define a mansion as a home that is 5,000+ square feet and has at least five bedrooms. For those of us not in the business, it’s simply a larger-than-average home that has a certain stately or glamorous feel to it. Regardless of how you characterize it, these houses usually feel out of reach for most people. But across the U.S., there are many pockets where living like you’re rich is more attainable. To get the scoop, we spoke to real estate pros to find out the best small towns with affordable mansions. Read on to start planning what you’re going to do with all those extra rooms.

READ THIS NEXT: 9 Small Towns in the U.S. With the Most Affordable Houses to Buy.

Jocelyn Xamis Wolters, a preservationist and co-founder of the travel site Wolters World, recommends Hattiesburg, Mississippi, which she says is “rife with stately old homes, many of which sell at prices far below what most of us would expect to pay for these architectural masterpieces.”

To Wolters’ point, a search on Realtor.com at the time of publication revealed an incredible home in the historic district for just $289,900. Built in 1909, the 4,150-square-foot house has five bedrooms, pristine woodwork throughout, and a large corner lot. Another landmark, this one listed on the National Register of Historic Places, was listed for $695,000, but it’s a whopping 7,200 square feet. It has nine gas fireplaces (including one in each of the five bedrooms), a stunning wrap-around porch, and multiple balconies across its three levels.

Hattiesburg is home to the University of Southern Mississippi and William Carey University. Wolters notes that it’s just an hour north of the Gulf of Mexico and has great shopping and cultural opportunities.

Sitting just 20 miles west of Atlanta, Douglasville, Georgia has an average asking price of $630,000 for a five-bedroom, five-bathroom house, according to digital real estate platform Opendoor.

“Douglasville maintains a small-town feel and is relatively close to Atlanta, making city life attainable, too,” shares Mark Biggins, a broker at Opendoor. “Downtown is a nationally-designated Main Street city and is listed on the National Register of Historic Places.”

Biggins points to a specific listing for a 6,288-square-foot five-bedroom home listed for $799,000. Though that might not seem “cheap,” given its proximity to the city and recent construction, it is a relative deal.

With a myriad of green spaces, including Sweetwater Creek State Park, and family-friendly town events, Douglasville can easily be considered a smart investment. In fact, a recent report from the National Association of Realtors (NAR) predicts that the Atlanta region will be the top property market in the U.S. in 2023.

“The Atlanta metro area continues to be more affordable than most areas across the country, with more than 20% of the renters able to afford to buy the typical home in the area. The job market is robust, with many major tech companies from the West Coast opening offices, such as Apple, Microsoft, and Visa,” says the NAR report.

Of all the COVID real estate “boomtowns,” Phoenix, Arizona was one of the most talked about. According to a Dec. 2022 article in Forbes that used data from real estate platform Redfin, “Over the last five years, the median sale price in the Phoenix metro area has risen by 80.1%: From $249,900 in October 2017 to $450,000 in October 2022.” Though homes are sitting on the market longer, prices in the area remain high.

But one town that may offer a way in is Queen Creek. Located about 45 minutes from Phoenix, “this area is a great combination of rising small town businesses and old town fields and farming, with access to the San Tan Mountains for hiking and to busier towns like Gilbert and Chandler,” shares Biggins.

Opendoor puts the average price for a five-bedroom/four-bathroom home in Queen Creek at $917,000. Yes, being able to afford a nearly $1 million home certainly makes one sound rich, but Opendoor’s methodology defines a mansion as “5,000 square feet and 5+ bedrooms.” Taking the parameters down slightly, mansion living is still attainable. Opendoor lists a 4,120-square-foot, five-bedroom home with a huge pool for $764,900 and an equally sized home with a pool and beautiful backyard for $755,000.

When founded in the early 19th century, Quincy, Illinois garnered the nickname “Gem City” for its fertile soil that yielded great grain crops, its abundance of flour and sawmills, and its location directly on the Mississippi River. Today, industries may look different in this town of roughly 40,000 on the Missouri border, but it’s still a gem regarding home values.

“What makes Quincy’s real estate special is that there are several areas of large stately homes, many of which sell for well under $500K,” says Wolters. She notes that a lot of these residences are historic, ranging in architectural style from Prarie to Victorian. She also points out that since Quincy was a prominent stop on the Underground Railroad, “many homes in the historic district have hidden rooms and attic spaces used to help move enslaved people to freedom.”

At the time of publication, a search on Realtor.com showed a four-bedroom 4,500-square-foot home in the East End Historic District listed for $599,000. Built in 1880, it’s dripping in historic details like wood built-ins, stained glass, and three working marble fireplaces. If you prefer something more modern, a 30-year-old home with four bedrooms, five-and-a-half bathrooms, 7,360 square feet, a five-car garage, and more than three acres of land was listed for $699,000. It also has several rear decks and is located right on Lake Marian.

Aside from the home prices, Quincy’s value can be measured by the town’s many development incentives, small business stimulus plans, the currently underway Riverfront Master Plan, and a comprehensive regional transportation plan.

A little over an hour northwest of Columbus, Ohio, the town of Coshocton is best known for Historic Roscoe Village, a restored early-19th-century port town along the Ohio and Erie Canal. Today, the village offers a stretch of charming shops, history tours, canal boat rides, and more.

But the old-time charm extends into Coshocton proper. “This quaint small town offers a variety of historic homes dating back to the 19th century—many with beautiful wrap-around porches,” says Kerry Sherin, a consumer advocate at real estate data company Ownerly. “Prices for these magnificent homes range from under $300,000 to more than $750,000, depending on size and features.”

Given that Coshocton is small (it’s eight square miles and has just over 11,000 residents), these great real estate deals aren’t plentiful, but they do exist—though they may be best for those looking for a fixer-upper. At the time of publication, for example, a five-bedroom Victorian home was listed for just $162,000, but it’s currently divided into two units that need quite a bit of work.

Texas was one of the states that made the most headlines when it came to pandemic real estate. Statewide, “home prices rose an average of 28% between the start of the pandemic and the end of 2021,” according to The Texas Tribune. But with rising mortgage rates and concerns around inflation, Texas’ red-hot housing market is cooling off, with more homes on the market since pre-COVID.

While cities like Austin and Houston were usually always part of these stories, the Abilene metro area was often omitted. But this town, considered the heart of West Texas, has a booming downtown, tons of frontier history, and plenty of cultural attractions.

According to Zillow, the median home price in Abilene is $190,144, compared to $325,975 in Dallas, its nearest metro. And these comparatively low home prices apply to mansion-like homes that can suit any taste. “This charming West Texas city is home to an array of architectural styles, from Victorian and Greek Revival to modern and contemporary,” says Jennifer Spinelli, founder and CEO of Watson Buys.

For example, at the time of publication,  a five-bedroom, 4,638-square-foot home sitting on five acres was listed for $699,999, according to Realtor.com. The contemporary-style house sits on a hilltop overlooking the countryside. At just under 4,000 square feet, a slightly smaller five-bedroom mansion was asking just $475,000.

Chicago is a city, not a small town, but it, along with its surrounding suburbs, all rank highly for affordable mansions. In a similar data analysis conducted by Realtor.com, the Windy City came in number one with a median mansion price of $449,000.

The reason for the low prices is that many of the homes require renovations, but if you venture just outside the city, areas which have more of that small-town charm, you’ll find more move-in-ready mansions.

Best Life offers the most up-to-date financial information from top experts and the latest news and research, but our content is not meant to be a substitute for professional guidance. When it comes to the money you’re spending, saving, or investing, always consult your financial advisor directly.

Our favorite interiors from 2022

Sat Dec 31 , 2022
As 2022 will come to a shut, we reflect back again on this year’s interior tasks whose dazzling facts and considerate models are nonetheless residing rent free in our heads. From renovations to floor-up development, these interiors serve a quantity of functions: gorgeous residences, considerate workplaces, immersive eating places, playful […] 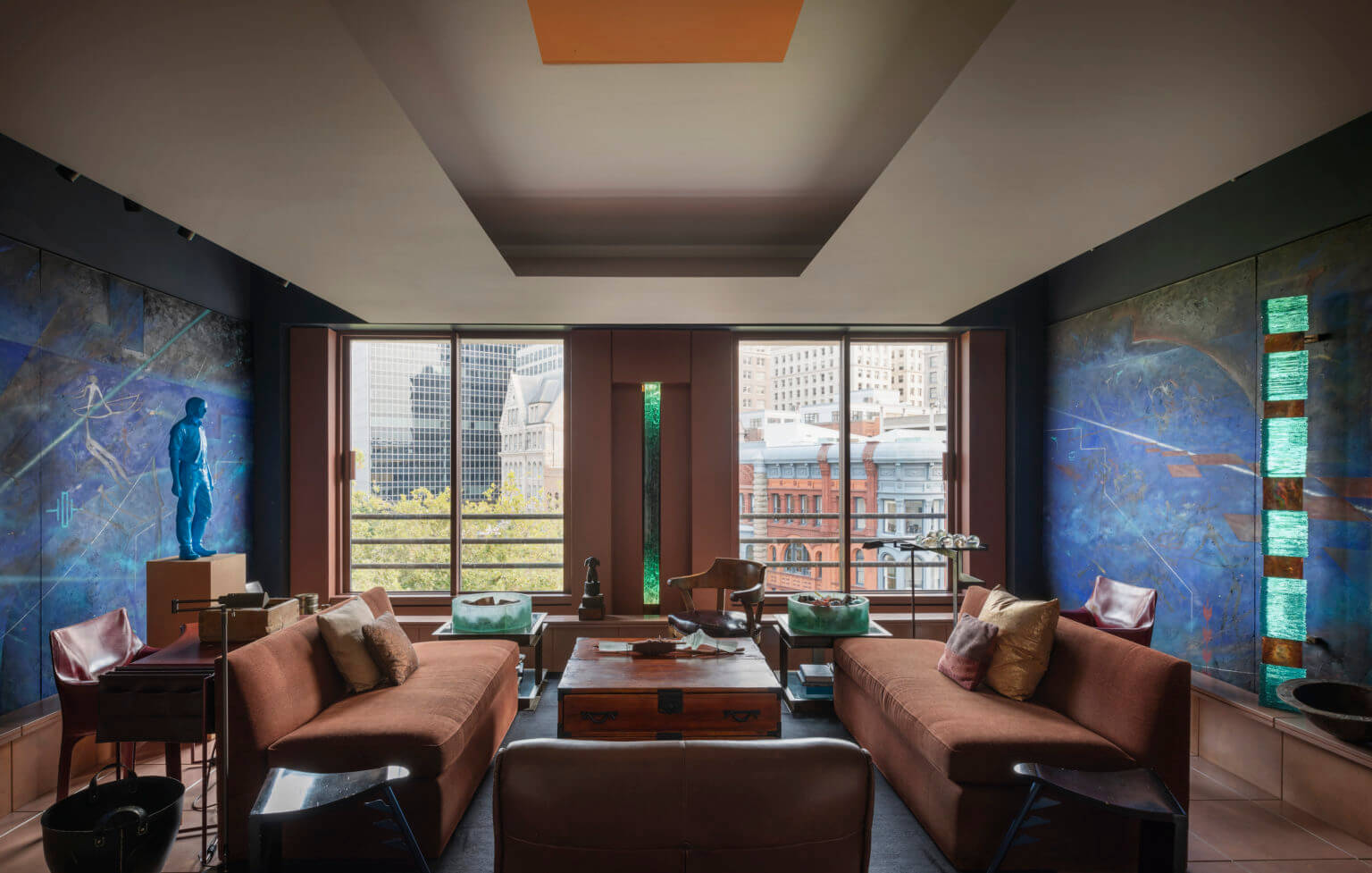