Adler Group SA, one of Germany’s biggest home landlords, grew rapidly over the past decade on the back of a real estate boom, a series of audacious takeovers and a debt pile that at one point reached about 8 billion euros ($8.5 billion). A 61-page report in October by short seller Fraser Perring’s Viceroy Research alleged that Adler was “built on systemic dishonesty,” sending its stock and bonds plunging even as the company denied the accusations. A forensic probe by KPMG has since failed to disprove many of the allegations. The market moves prompted a selloff in the bonds of Adler’s peers as well, as investors began questioning more broadly the surge in real estate values that fostered empire-building in an era of ultra-low interest rates.

There’s been a swirl of intrigue that centers on Cevdet Caner, a wealthy Austrian entrepreneur whose family held a major stake in Adler, a 142-year-old company that manufactured bicycles, automobiles and typewriters before building a real estate portfolio. The Viceroy report alleged the company is managed for the benefit of a handful of friends and associates with Caner at the center. KPMG neither confirmed nor refuted that allegation as it sifted thousands of messages from Caner that it said included evidence of him scheduling meetings, influencing personnel decisions and extracting millions of euros in loosely defined consulting contracts. German authorities are now probing the company. Perring was one of the earliest critics of Wirecard AG, the Germany payment company that collapsed in 2020.

2. Is Adler a sign of wider problems in real estate?

That’s unclear. Prices for German apartments more than doubled from 2012 to 2021, according to a Savills Plc analysis of Value Marktdaten data. That, along with the low interest rates, helped support about 65 billion euros of bond sales in the five years starting in 2016. Adler wasn’t alone in riding that easy-money wave, which means the potential is there that it’s merely the canary in the coal mine for German real estate.

3. What are the allegations against Adler?

They came into focus because of a complex three-way merger that brought current-day Adler about in late 2019. What was then called Adler Real Estate acquired an Israeli company that owned a big stake in another German real estate company, ADO Properties. Five days later, ADO Properties announced that it was buying Adler and a stake in a third company, Consus Real Estate. The combined company was rebranded Adler Group. Unhappy minority shareholders of ADO say it appears they paid the bill for a transaction to fix the balance sheet of Adler and Consus. The merger was one of several deals raked over by KPMG, which also found transactions involving property being bought from and sold to members of Caner’s family. Overdue payments related to historic property sales that are owed to Adler have also raised concern, and KPMG recommended the landlord should begin writing them down due to the risk they never materialize.

4. What is Caner’s connection?

Local media noticed that he appeared tied to both companies being acquired by ADO in the transaction. Caner’s family trust had assembled a large stake in Adler Real Estate starting in 2012; that was just before the company began its debt-fueled expansion, which sent its share price soaring. Caner was an informal adviser to Aggregate Holdings SA, which controlled Consus and was the largest investor in Adler. Caner’s previous foray into real estate involved a company called the Level One Group, which collapsed in the wake of the 2008 financial crisis with debts of about 1.2 billion euros.

5. What do Adler and Caner say?

Adler broadly rejected the allegations and hired KPMG to conduct an investigation. The report failed to prove or disprove many of the allegations after Adler withheld thousands of documents from investigators citing legal privilege. Investors reached their own conclusion with a fresh selloff in Adler’s stock and bonds. The landlord has also sold off about 40% of its apartment portfolio since October at prices that it says prove its valuations were accurate. Caner denies he is the power behind the throne and has filed a criminal complaint against Perring. German regulators are also probing Adler.

6. How are investors reacting?

Short selling in Adler jumped in September 2021, reaching about 22% of the company’s shares out on loan in early October when the Viceroy report was published. Among the short sellers were traders at JPMorgan Chase & Co. and Goldman Sachs Group Inc., two of the banks that were instrumental in Adler’s growth. Demand among distressed debt investors prompted both lenders to market financial products that allow wagers on how much money Adler’s creditors will recoup if the company goes into default. Vonovia SE, Germany’s largest landlord, has secured a 20% stake in Adler after refinancing and then enforcing on a loan for Aggregate that was secured against its stake. Investors had hoped that might be a precursor to a takeover but Vonovia’s management signaled it wasn’t interested in a bid. KPMG’s findings have since sent both Adler’s stock and bonds to record lows. 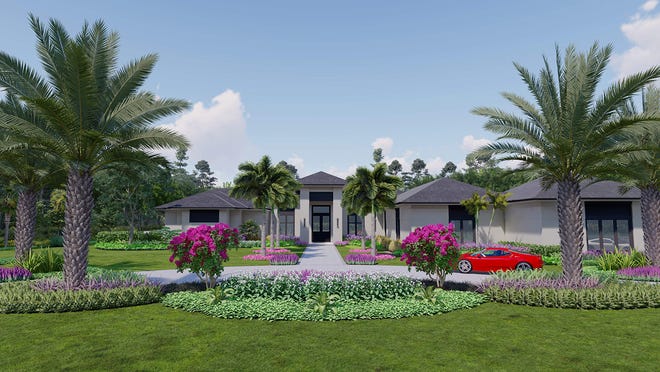