There are different reasons people decide to renovate their homes. If you’re thinking of improving a property you already live in and intend to live in for many more years, it could pay to move forward with those plans even if they don’t end up adding much resale value to your home. That’s because you’ll get the benefit of being able to enjoy your remodeled space.

But if you’re renovating for the sole purpose of being able to sell a home at a higher price point — whether in the context of unloading a property you’ve lived in or flipping a house — you’ll need to be really careful when investing in renovations. In fact, it’s crucial to keep in mind this rule of thumb: You generally won’t recoup the full value of your investment in the course of improving a property. Rather, you’ll be lucky to get the bulk of your investment back. 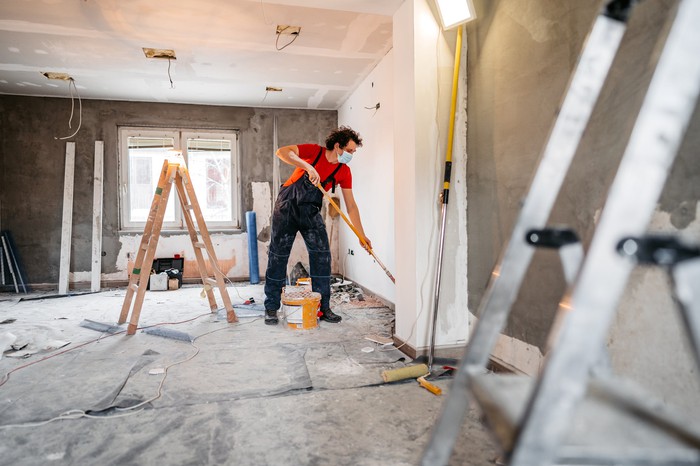 Of course, in some cases, it pays to renovate a home even if it means not recouping your full outlay. Say you’re a real estate investor who flips houses, and you purchase a home whose kitchen isn’t functional. You might spend $50,000 to get it into working order and get $45,000 of that back at resale, but it’s still a move worth making — because without a functional kitchen, the home in question won’t sell.

However, there are certain renovations it generally doesn’t pay to pursue. In fact, according to Remodeling Magazine’s most recent Cost Vs. Value report, here are three projects in particular you may want to skip.

It’s one thing to add a master suite to a home that’s lacking one. But before you go all out on a luxury addition, consider this. The average cost of an upscale master suite is $356,945, but that only adds $165,359 of resale value to a home on average. That means you’re only going to recoup 46.3% of your investment.

The average cost of an upscale bathroom is $114,773. And while that decked-out bathroom might seem like a great selling point, it’ll only add an average of $59,136 in resale value to a given home. That means you’re recouping just 51.5% of your cost.

It’s true that a great kitchen can attract buyers. But the average cost of an upscale kitchen remodel is $158,015, and that only adds $83,025 in value to the typical home. That means at the end of the day, you’re only recouping 52.5% of your investment.

Granted, that may not apply if you’re renovating a luxury home in a high-end neighborhood. But for the average home, an upscale remodel generally isn’t worth it — and it probably won’t make you as much money as you’d expect it to.

A better bet? Take a more moderate approach to renovating bathrooms and kitchens or putting in a master suite. If you opt for a mid-range remodel, you’re likely to recoup more of your investment. And that way, you’ll have more money left over for other projects.

In fact, if you’re remodeling a home as a pure investment (say, within the context of a house flip), you may want to avoid those high-end touches and use your saved funds to expand your real estate portfolio in other ways, whether by investing in additional properties or even buying real estate investment trusts (REITs). There’s nothing wrong with sinking money into making a home look nicer. But if you go overboard, you’re likely to wind up unhappy.

Residential building permits | By the Numbers