When the coronavirus pandemic hit, a lot of people in real estate ended up out of work.

Furloughs took place at Realogy and Redfin. Opendoor, Compass, Douglas Elliman and Realtor.com parent, Move Inc., all announced layoffs. Executives cut their pay, and all-in-all it looked like the economy, generally, and real estate, specifically, were headed into a period of high unemployment.

And then, surprisingly, the opposite happened. By mid 2021, vaccines had arrived and businesses were reopening. Most companies that furloughed and laid off workers began hiring again, and by the end of the last year, the story had shifted. The pandemic was no longer a story about potentially high unemployment. Instead, a labor shortage had begun.

On Friday, the U.S. Department of Labor released its latest unemployment numbers, which show that the shortage is continuing. And this story has now become one of the most surprising but impactful economic components of the pandemic era. It’s exacerbating inflation, slowing down businesses’ ability to rebound, throwing a wrench in the gears of supply chains and all around causing problems.

But in real estate, it’s also having a surprising and unexpected impact: It may be boosting demand for houses.

Before getting into how the labor shortage is having weird and unexpected impacts on real estate, it’s worth noting just how tight the labor market really is.

According to a report on the latest numbers, released Friday, the unemployment rate in the U.S. stood at 3.6 percent in May. That number was unchanged compared to the two previous months, and data from the U.S. Department of Labor shows a steadily falling unemployment rate over the course of the pandemic. 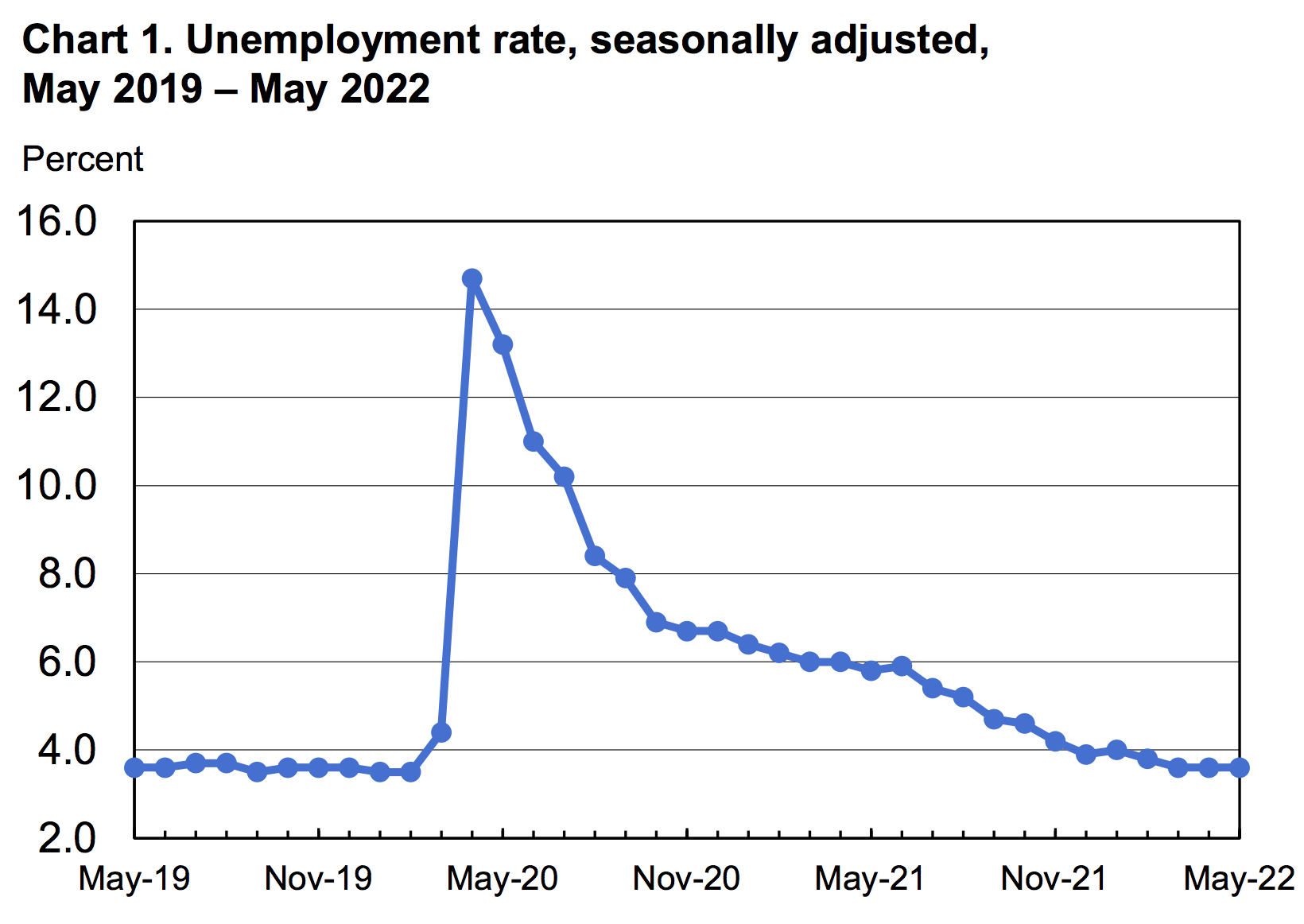 This data suggests that the anecdotal cases mentioned at the beginning of this story about real estate layoffs more or less tell the story of labor generally during the pandemic: There was a big spike in joblessness right at the beginning of the crisis, and then a gradual but significant recovery.

To put this all into context, experts have traditionally considered an economy to have achieved “full employment” when the unemployment rate falls into the 4- or 5 percent range. In other words, the U.S. is currently exceeding full employment. Hence the labor shortage. 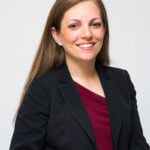 Realtor.com Chief Economist Danielle Hale further pointed out that “the economy is now just 822,000 jobs or (0.5 percent) shy of the pre-pandemic high mark, nationwide, she said in a statement Friday morning on the latest data.

“At the current pace of hiring, we’ll reach that milestone by August,” Hale added.

The latest numbers specifically show that May saw “notable gains” in employment in sectors, such as leisure and hospitality, professional and business services and transportation and warehousing.

The real estate and rental sectors saw their employment ranks grow by about 14,000 people in May, Friday’s report notes. Homebuilders and residential contractors added about 16,700 jobs in May.

So what does any of this have to do with real estate demand, specifically?

While there have been anecdotal stories from brokers about the challenges of filling staff positions, Hale told Inman in a phone call that she doesn’t think the labor shortage is enough to meaningfully impede the capacity of the brokerage industry — which relies on large amounts of contract workers, such as agents to function.

Instead, Hale explained, labor shortages actually drive up wages as employers compete for a limited pool of workers. If you want to hire someone, the logic goes, you have to pay more than rival businesses. And as wages gradually rise, people can in turn afford to spend more including on things, such as houses.

“Even though wages aren’t keeping up with inflation, they are growing more than what we’ve seen historically and that is something that’s driving housing demand,” Hale said. “I think the way it plays out in the real estate market in a more impactful way is by powering consumer purchasing power.”

Hale went on to describe rising wages due to a tight labor market as a competing trend with inflation and rising rates, which have led to Americans paying more and more for the roofs over their heads. And while rising wages aren’t necessarily winning that competition, they are helping offset the high and rising costs of housing.

“The situation would be worse if we were not seeing strong income gains,” Hale added.

Like so much of what has happened during the pandemic, rising wages that are fueling demand for housing are a bit of a two-edged sword. On the one hand, high demand continues to be a boon for homesellers and listings are still appreciating — even as talk of a shift in the market reaches a fever pitch. But on the other, it also means buyers continue to face competition and rising prices in some markets.

Either way, though, Hale’s point about demand is an interesting one, because it highlights how the labor shortage isn’t quite impacting real estate the same way that it’s hitting other sectors. When the labor shortage hits, say, the airline industry, planes literally can’t fly. But when it comes for real estate, business can sometimes soar to new heights.

Of course, none of this means that every part of the housing industry is having an easy go of things right now.

Hale noted that while brokerages don’t appear to be fatally impacted by the labor shortage, the issue does appear to be impacting the ability of homeowners to prepare their homes for the market in a timely manner.

“It makes it difficult for individual homeowners to find people to do remodeling projects,” she said. 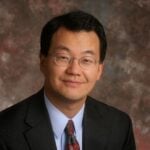 Lawrence Yun, chief economist for the National Association of Realtors, made a similar point about the construction industry more broadly, which could have longer term impacts on how accessible homes are.

“A housing shortage exists and, therefore, more workers are needed in construction,” he told Inman. “To the degree that more construction workers can get hired via higher wages the better it is for the housing market. But, if home building is constrained because of a lack of workers, then housing unaffordability will continue for a longer period.”

According to Hale, the labor market for new construction is especially tight at the moment, with the sector’s open job rate — or the percent of unfilled positions — standing at 5.6 percent in April. By comparison, the open job rate between 2000 and the beginning of the pandemic usually fluctuated between 1 percent and the 4 percent range. That means, there are more unfilled jobs in the construction industry now than at almost any other time during the last 20 years.

Hale described this as “one of the things that’s a factor” right now in the housing industry.

It’s unclear how all of this ends. There has been growing speculation that an economic recession is looming. But the tight labor market could make such a turn of events look different from past downturns. Like so much of what has happened during the pandemic, though, the specifics of the near future are as uncertain as ever right now.

“The worker shortage also implies a prospect of a most unique economic recession,” Yun said. “Even if there is a recession, there may not be that many job cuts as companies want to hold on to their workers. The health of the job market is especially important in an environment of higher mortgage rates.”

Tue Jun 7 , 2022
Loading Something is loading. There are an array of home-decor items you can choose from to spruce up your living room, so it’s important to know which styles to avoid.  Insider asked interior designer and owner of Design Solutions Luciana Fragali about the things she’d never have in her living […] 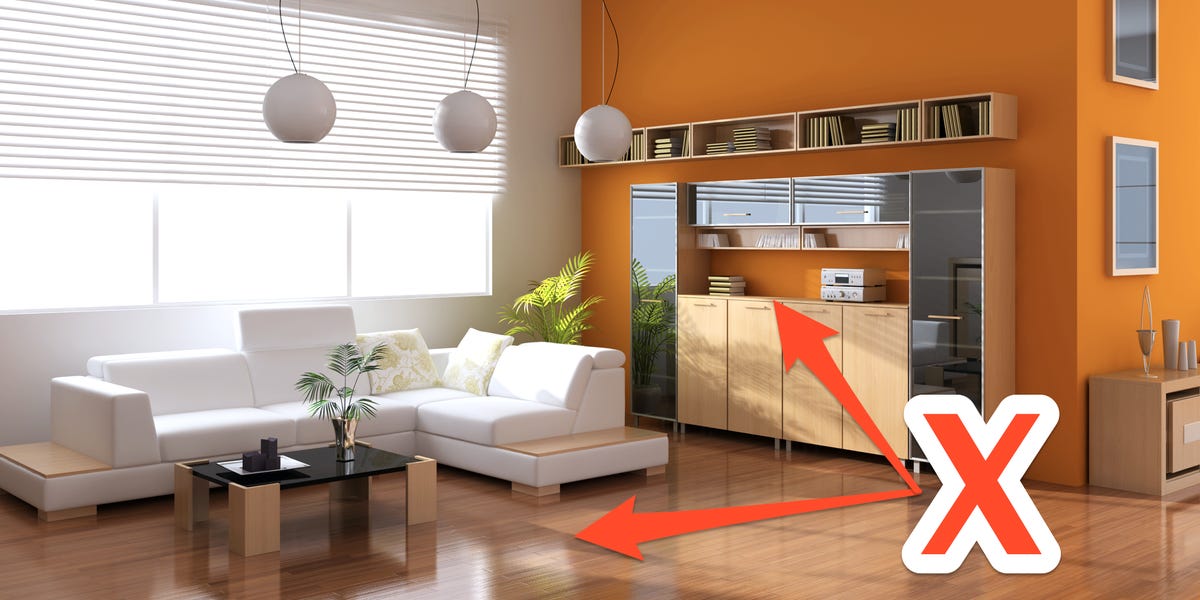