Three years ago the Spokane region was gaining attention as a top real estate market for its quality of life, job opportunities and relative affordability compared with larger, expensive metro areas.

Now, the Lilac City and neighboring Coeur d’Alene have been named to a different list: the most overpriced markets in the nation.

Researchers from Florida Atlantic University and Florida International University in April ranked Spokane seventh on its list of 100 most overvalued housing markets in the nation with home prices more than 54% above where they should be based on past pricing trends.

Spokane has consistently ranked in the top 10 overvalued housing markets nationwide since the two universities launched the study in August, said Ken Johnson, a real estate economist and associate dean at FAU’s College of Business. 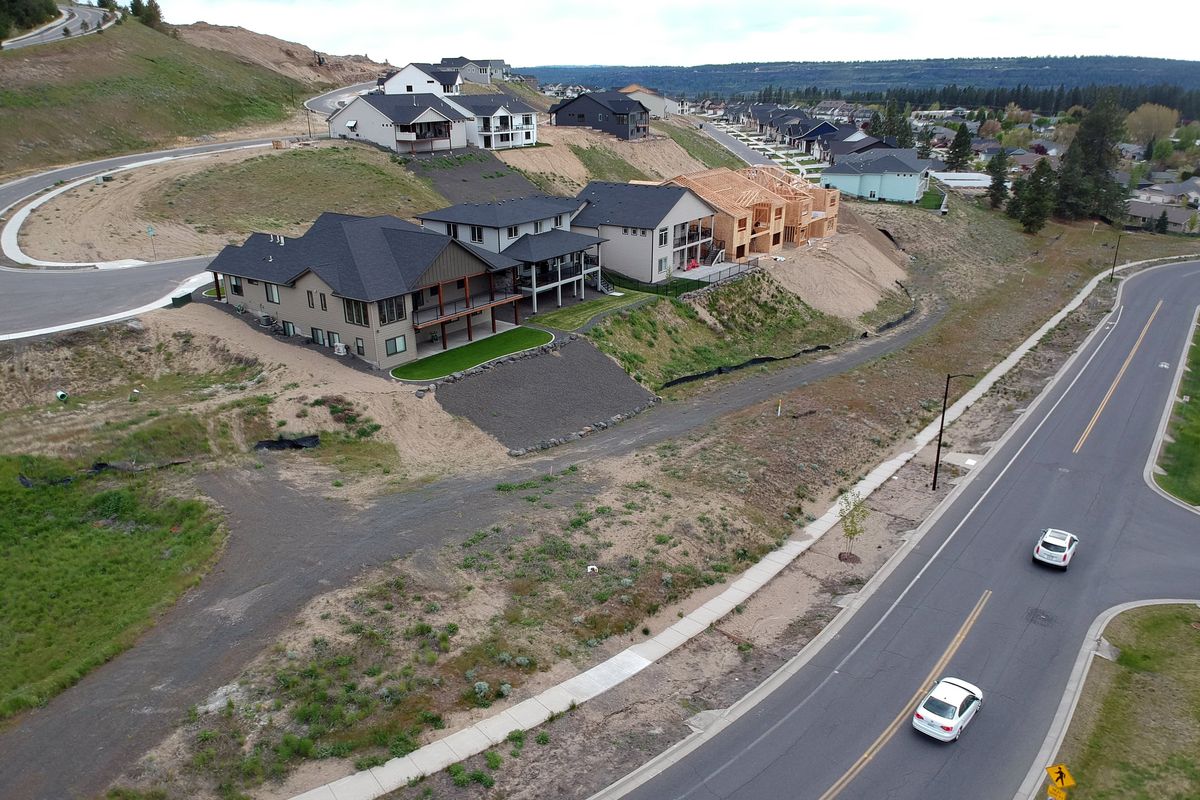 Cars exit the neighborhood on Barnes Road, below, and new homes are under construction on West Lowell Avenue and West Lex Avenue in the upper left of this photo Thursday, May 19, 2022 in the new neighborhood off of North Indian Trail Road near the intersection with Barnes Road. (Jesse Tinsley/The Spokesman-Review)

“The premium continues to slowly creep up in Spokane like in so many other areas,” Johnson said.

Johnson and Eli Beracha, director of FIU’s Hollo School of Real Estate, compiled the list of overvalued cities by using a 25-year history of monthly housing prices from Zillow and other public data sources to project what home prices should currently be in a given market.

They compared those projected home prices with median closed prices to determine if buyers are paying higher premiums – the amount of money above what they should be spending based on past pricing trends.

The study ranked Boise as the most overpriced city in the nation.

While the study doesn’t track Coeur d’Alene, researchers from Moody’s Analytics named it the seventh most overvalued market in the nation in the fourth quarter of 2021, with buyers paying a 55.9% premium.

For comparison, Coeur d’Alene’s housing market was 19.6% overvalued in the fourth quarter of 2019, according to Moody’s Analytics.

Kootenai County’s median home price in April was $549,950, according to the Coeur d’Alene Association of Realtors.

“Idaho, in general, has had a strong housing market over the past few years due to it being a desirable and relatively more affordable place for people to move to,” Todd Metcalfe, an economist with Moody’s Analytics, said in an email. “The pandemic really super charged that dynamic.”

Strong housing demand and dwindling supply have pushed prices up to record-breaking highs in both cities, putting homebuyers at a disadvantage.

Although rising interest rates may cause prices to stabilize, experts are predicting a shortage of affordable housing will persist.

Spokane’s median closing price for homes and condos on less than 1 acre exceeded $425,000 for the second consecutive month in April, according to data from the Spokane Association of Realtors.

Prices aren’t likely to bottom out in Spokane because it’s buoyed by a constant stream of people moving to the area, but a reckoning is due as values can’t differ from historical pricing trends without major issues arising in the market, Johnson said.

“I don’t think Spokane will have a crash in prices, but I think the area is going to suffer a prolonged period of housing unaffordability,” Johnson said.

Competition remains fierce and buyers are continuing to pay over asking price for homes in the Spokane market, but there has been a reduction in multiple offers, which were upwards of 15 to 20 at the start of the pandemic, said Tom Clark, governmental affairs committee chairman for the Spokane Association of Realtors.

“I think we see that prices have surely gone up,” Clark said. “Are they out of control? I don’t think so, but I think buyers and those in the business would like to see things settle, so that we are back to a normal housing market.”

The average 30-year mortgage rate was 5.25% last week, according to Freddie Mac.

“Interest rates are going to have more of a devastating effect on entry-level buyers because they are strapped on what they can afford,” Clark said. “We still have a fair number of cash buyers coming into the market and those folks aren’t affected by interest rates at all.”

Housing crash not likely to occur

Beracha, of FIU’s Hollo School of Real Estate, doesn’t expect a nationwide housing downturn like the one during the Great Recession, when some homes lost more than half of their values.

“At the peak of the last housing cycle, we had an oversupply of housing units around the country,” Beracha said in a statement. “So when prices began to fall, there was nothing to catch them and we witnessed a monumental crash. The current shortage of homes for sale will help put a floor under just how far prices can fall this time around.”

Banks are more conservative with lending practices by ensuring buyers are qualified to purchase homes, said Rob Higgins, executive officer of the Spokane Association of Realtors.

Higgins anticipates demand will remain strong in the Spokane market, but rising interest rates could slow the double-digit rapid price appreciation seen during the pandemic.

Higgins said, however, it’s not unusual to think home prices are increasing faster than the local economy can withstand.

“We’ve just never seen increases in our selling prices like we seeing today,” he said.

A three-year waitlist for affordable housing

Spokane County households, on average, are spending more than 25% of income on mortgage and interest payments, according to the Washington Center for Real Estate Research, which calculates and maintains a housing affordability index.

The index measures the ability of a middle-income family to make mortgage payments on a median-priced home.

Spokane had an affordability index of 88.8 in the third quarter of 2021. When a city’s index is exactly 100, households are spending 25% of their income on mortgage and interest payments.

If the number falls below 100, it indicates households are spending more than 25% of income on housing.

For loan approval, lenders often prefer potential homebuyers to spend no more than 28% of monthly gross income on housing expenses with debt not exceeding 36% of income.

Ben Stuckart, executive director of the Spokane Low Income Housing Consortium, said there are more than 3,000 people on the waitlist for rental assistance in the region.

“The average wait right now is three years and it’s not getting better,” he said.

While there was roughly 6,000 apartment units built in the Spokane area last year, it’s not enough to make a dent in housing availability, Stuckart added.

“It’s all part of one system,” Stuckart said. “If you have a supply problem in one area, it clogs up the whole housing system.”

As housing supply dwindles and demand spills into the rental market, it’s causing rents to rapidly rise in the area. Median rents in Spokane are $931 for a one-bedroom apartment and $1,258 for a two-bedroom apartment, according to rental listing site Apartment List.

“Studies are showing high rents lead to homelessness in communities,” Stuckart said. “It’s not lack of services or poverty rates.”

Stuckart said city officials need to be advocating for a variety of housing types and changes to zoning to allow more development. He encourages residents to be open to different housing types in their neighborhood.

“The market is not going to fix itself until we be less restrictive on what we can build,” he said. “We have a limited amount of land to build on, so we need to use it.”

Interior designers share 7 living-room trends that'll be huge in 2022, and 3 that will be out

Mon May 23 , 2022
Interior designers said trends like minimalism are losing popularity but pastels are on the rise.Wachirawut Priamphimai/EyeEm/Getty Images; Photographee.eu/Shutterstock Insider asked interior designers which living-room trends will be in and what will be out in 2022. Interior designers predict that poufs and nature-inspired design choices will be in this year. All-white, […] 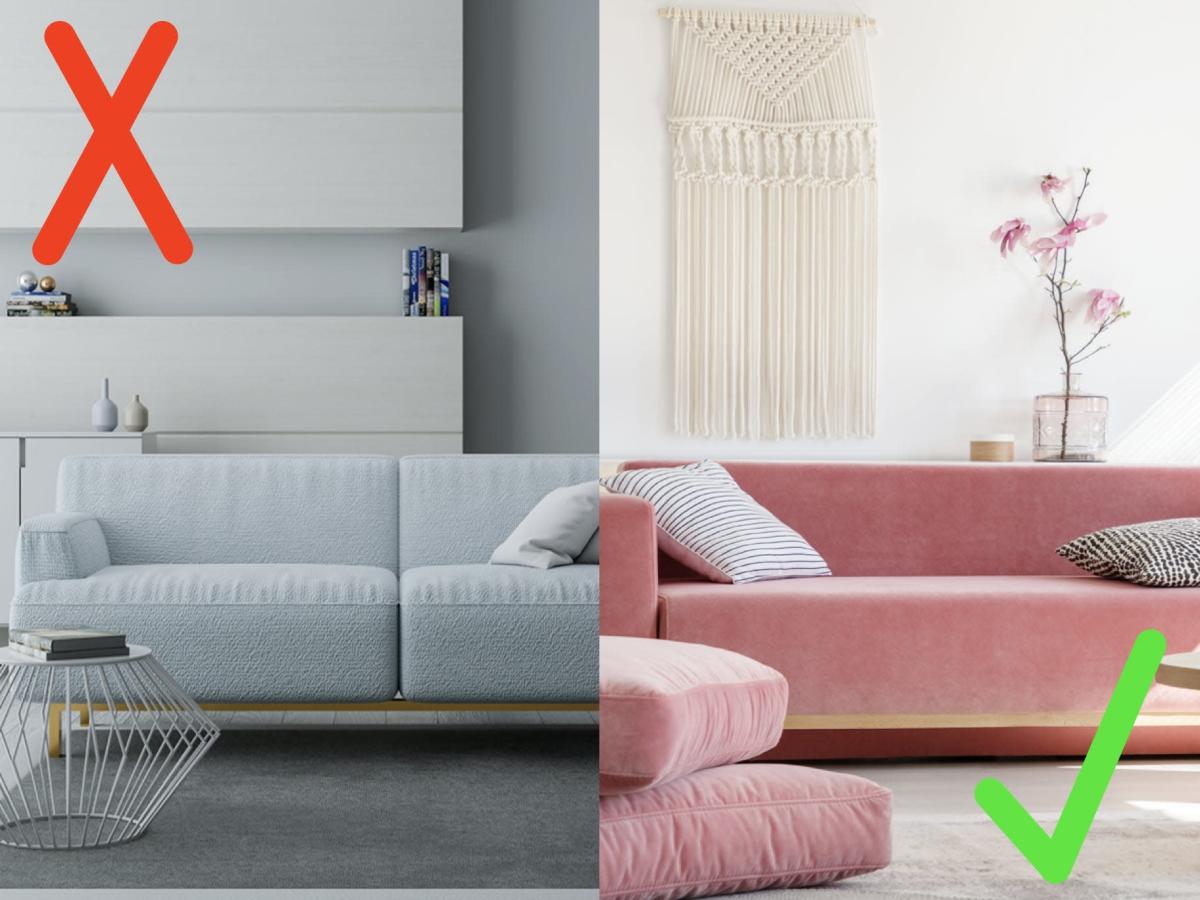