The real estate market is in limbo.

On the one hand, mortgage rate hikes have many would-be buyers waiting on the sidelines. And sellers aren’t enticed to sell as the red-hot pandemic price growth cools.

It all leads to increasing pessimism about the housing market’s future. Although buyers and sellers are not facing a downturn as severe as the 2008 foreclosure crisis, housing sentiment is growing progressively bleak.

Data from Fannie Mae shows that consumer perceptions on home buying and home selling, as well as expectations regarding future home prices and mortgage rates have steadily worsened, according to a Tuesday report.

In August, Fannie’s Home Purchase Sentiment Index, a survey that gauges views on the US housing finance system, fell 0.8 points to 62 as higher home prices and mortgage rates weighed on buyers and sellers. The decrease marked the six consecutive month of declines and pushed the index to its lowest reading in a decade.

Fannie’s survey reveals that consumers do expect home prices to fall over the next year. In the meantime, sluggish price growth is preventing more Americans from selling their homes. It’s created greater dysfunction in the real estate market.

“With home prices expected to moderate over the forecast horizon and economic uncertainty heightened, both homebuyers and home-sellers may be incentivized to remain on the sidelines – homebuyers anticipating home price declines and potential home-sellers not keen to give up their lower, fixed mortgage rate – contributing to a further cooling in home sales through the end of the year,” Doug Duncan, Fannie Mae’s Senior Vice President and Chief Economist, said in a statement.

Indeed, activity in the real estate market is cooling. In July, sales of new single-family homes in the US sank to an annualized pace of 511,000 from 585,000 in July — the slowest pace in more than six years. Economists surveyed by Bloomberg projected that sales would slow more gradually to a 575,000-unit pace, however higher mortgage rates effectively quelled homebuyer activity.

Last week, the average US fixed rate for a 30-year mortgage came in at 5.66%, Freddie Mac reported in its weekly mortgage market survey. The rate was up from the previous week’s reading of 5.55% and is a significant increase from a pandemic low of 2.68% in December 2020.

“The market’s renewed perception of a more aggressive monetary policy stance has driven mortgage rates up to almost double what they were a year ago,” Sam Khater, Freddie Mac’s Chief Economist, told Insider. “The increase in mortgage rates is coming at a particularly vulnerable time for the housing market as sellers are recalibrating their pricing due to lower purchase demand, likely resulting in continued price growth deceleration.”

As rising mortgage rates burden consumers, it’s given rise to the largest decline in home listings in more than two years. According to data from real estate brokerage Redfin, new listings of homes for sale dropped 12% year over year in early August as fearful homeowners backed off the market.

“Some sellers are pricing lower, and some homeowners are staying put because they’re nervous they won’t get a good offer or they’re hesitant to give up their low mortgage rate,” Chen Zhao, Redfin Economics Research Lead, said in a statement, adding that “because the number of homes for sale is no longer rising, buyers’ newfound bargaining power is reaching its limit.”

Thu Sep 8 , 2022
The 2023 Honda HR-V and 2023 Subaru Crosstrek both prove you can have outsize features and capability in a small package. Both of these subcompact SUVs have distinct attributes while also bringing notable differences. Let’s compare both to see which of these small SUVs is right for you. 2023 Honda […] 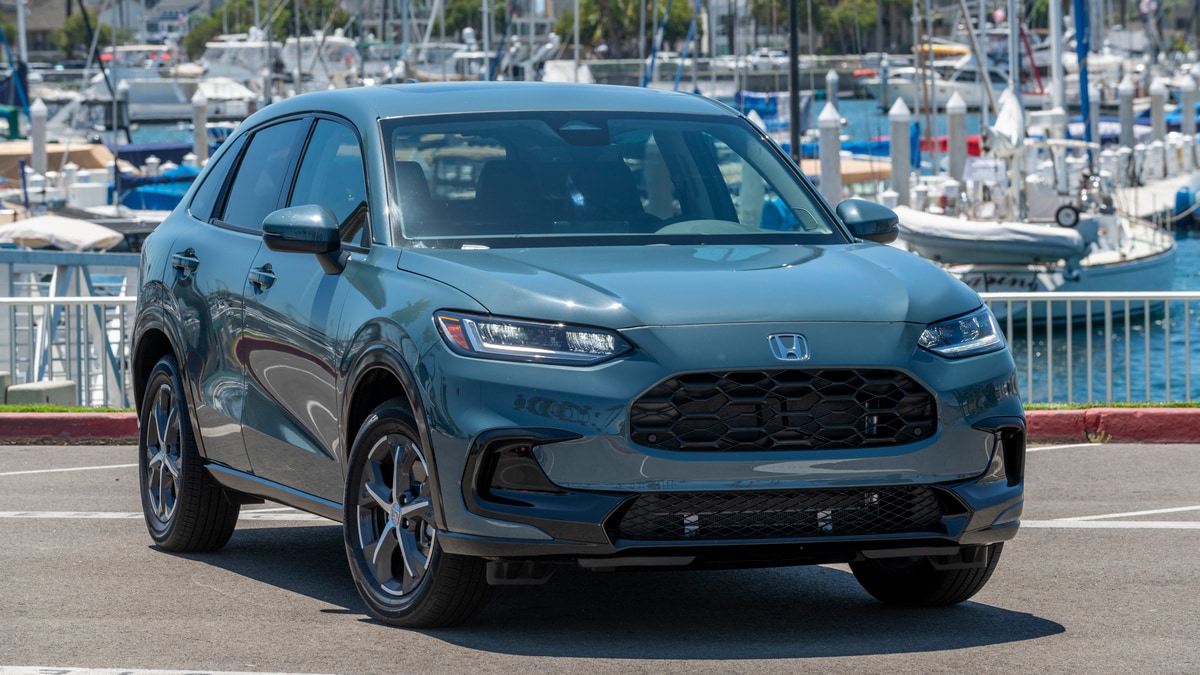