The energy crisis is hitting consumer budgets hard. Amid soaring gas prices and a higher cost of living in general, many households have become increasingly worried about their energy bills.

The average European household will see a rise of about 7 per cent in its cost of living this year, relative to what was expected in early 2021, according to International Monetary Fund (IMF) estimates.

This reflects the direct effect of higher energy prices as well as their pass-through to other goods and services, says the organisation.

Things reached a new low in the UK last week, with energy regulator Ofgem raising the energy price cap by 80 per cent to £3,549 (€4,098) a year for the average household from October, in a blow to already hard-pressed consumers.

Against this backdrop, small actions like turning off appliances at home are dwarfed by wider factors beyond the control of the average consumer – but actions in the home are also increasingly at the forefront of their minds, as people try to confront the escalating cost of living.

With the steep increase in energy prices, it’s worth knowing where you might be able to make savings.

We take a look at how energy is used in a typical household, which appliances use the most energy, and how much they could be costing you.

Where does your energy consumption go?

First off, it’s worth understanding a little bit about how energy usage is typically allocated in an average household.

For example, heating is by far the greatest use of energy for households in the European Union. Conversely, energy used for things like keeping the lights on or for cooking represents a much smaller fraction of the pie in comparison.

In 2020, the main use of energy by households in the EU was for heating homes (62.8 per cent of final energy consumption in the residential sector), according to Eurostat, the statistical office of the European Union.

Taken together, heating of rooms and water represented 77.9 per cent of the final energy consumed by households.

In contrast, electricity used for lighting and most electrical appliances represented 14.5 per cent (this excludes the use of electricity for powering the main heating, cooling or cooking systems).

Main cooking devices took up 6.1 per cent of household energy use, while space cooling covered 0.4 per cent.

So, it’s definitely worth thinking about ways to better insulate your home to minimise heat loss, or turning down the thermostat.

Even turning down the heating by 1 degree Celsius can result in energy and cost savings (about £128 (€148) a year, according to one estimate by energy experts at price comparison site uSwitch.

Professionally insulating your home helps to reduce heat loss, but even small steps to insulate your home, such as draught-proofing gaps, could potentially save you £45 (€52) in a year, according to the UK’s Energy Saving Trust.

Homes can lose some heat through draughts around doors and windows, gaps around the floor, or through the chimney.

The organisation bases its savings calculations on a typical three-bedroom, gas-heated home in Great Britain, using a gas price of 7.4p/kWh and electricity price of 28.3p/kWh (based on the April 2022 price cap).

Technology like smart thermostats and smart meters can also make it easier to ensure you’re not heating an empty home, and help you actually see where you’re using the most energy.

While heating makes up by far the bulk of a typical household’s energy consumption, it may also be helpful to know which of your household devices use the most energy.

Top of the list are washing machines, dishwashers and tumble dryers, which account for 14 per cent of a typical energy bill, according to the Energy Saving Trust.

Again there is a link to heating, as the power needed to heat the water that these appliances use pushes up consumption, making them energy-hungry household appliances, says the organisation.

You can save money by using your washing machine more carefully, says the organisation.

Next up are fridges and freezers, which account for around 13 per cent of the average household’s energy bill according to the Energy Saving Trust.

As these appliances stay on all the time and are among the longest lasting appliances in the home, there’s a big benefit to investing in energy efficient versions.

Meanwhile around 4 per cent of your energy bill is spent on powering kitchen appliances, including the hob, oven, kettle and microwave, says the organisation.

It recommends considering using a microwave, which can be more efficient than ovens at cooking, as they only heat the food and not the air space inside.

Turning to the bathroom, keeping your shower time to just 4 minutes could also save a typical British household £70 (€81) a year on their energy bills, according to Energy Saving Trust calculations.

Another small step towards controlling your power use is to tackle “vampire electronics” – appliances left on standby that suck up energy even as they’re not in use. The Energy Savings Trust estimates that British households can save around £55 (€64) a year by remembering to turn appliances off standby mode.

And according to energy provider British Gas, vampire devices suck out about £2.2 billion (€2.5 billion) a year from British households.

The organisation provides a few tips to tackle this: switch off devices at the mains rather than switching to standby when they’re not in use, and when you buy a new product, try and select one that is listed as having low standby power usage.

Sat Sep 3 , 2022
The work was tough in the sense he was juggling three or four renovation projects at once in different cities, having to fly from one place to another for a few days at a time. Then again, he was on “Survivor” competing for a whopping 152 days so “tough” is […] 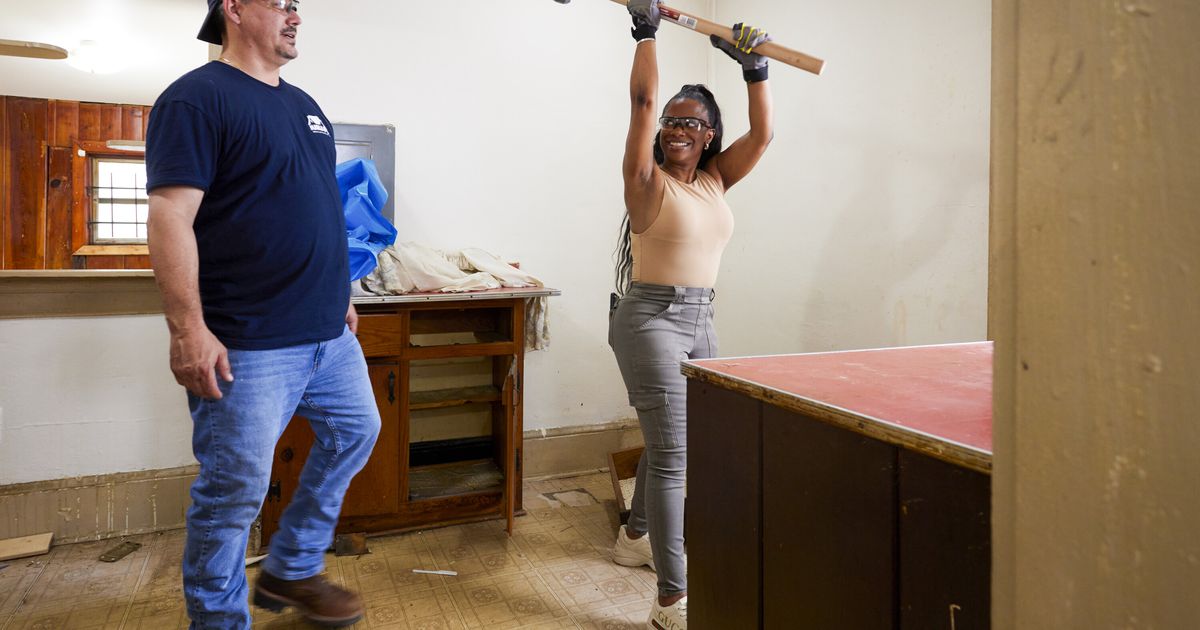