Brandon Copeland sat in the corner chair as the seller came walking into the middle of the open-stage set. Almost immediately, it felt like the NFL linebacker-slash-real estate investor was the point guard, trying to get the conversation going.

On the new Netflix reality series Copeland is a part of, “Buy My House,” the 31-year-old’s personality is on full display.

The show, which debuted Friday, is sort of like ‘Shark Tank,’ — the set even looks somewhat similar with the show’s four investors, Copeland, Redfin CEO Glenn Kelman, Corcoran CEO Pam Liebman and real estate mogul Danisha Wrightster in a semicircle around a carpet sitting in comfortable chairs — but instead of venture capital, the focus is real estate.

Of the four, Copeland has the most bite — and perhaps the best comedic timing of the bunch with a knack for one-liners between his serious offers for homes bought by prospective sellers.

“If the apocalypse was happening,” Copeland asked one seller in the first episode. “Do you think we could bunker down in this house?.”

In the second episode, there are jokes about the Atlanta Falcons — who Copeland was playing for at the time of filming — with a seller from Gainesville, Georgia, located a few miles from the Falcons’ practice facility.

The homes are located across the country, varying from one-of-a-kind properties, ones you’d expect to see on a typical real estate site, million-dollar properties and homes that go for a lot less.

It was an experience Copeland had never been part of before on multiple levels. It was also one that he couldn’t pass up.

He’s hoping this show helps people understand real estate and real estate investing — something he believes most people can relate to — better as well.

It was two weeks before training camp in 2021 with the Atlanta Falcons, and here he was, on set working at his other job. Copeland was in a Hollywood-style trailer — his own trailer ­– in Albuquerque, New Mexico. He had trainers fly in for two-a-day workouts before and after 12-hour days of shooting.

“The first day,” Copeland said. “I had extreme imposter syndrome.”

Copeland reached out to friends while he was on set and they offered positive encouragement. So did the producers, who noticed Copeland wasn’t bidding on properties like they thought he might early on. Copeland himself, as a reminder of how he got to where he is, pulled up his own portfolio. The houses he’d flipped. The commercial real estate deals he put together and the leases he has signed for his properties with multinational corporations.

The fact Copeland was here was still a little bit unreal. He was initially skeptical of the idea when producers started reaching out to him two years ago. He’d heard offers before. He even has his own production company — one of the many businesses he keeps going.

But they kept contacting him. Tom Forman, the executive producer of ‘Buy My House’ and the CEO of Critical Content, had Copeland on his short list of people to work with for years. Forman knew Copeland’s story — University of Pennsylvania graduate, working at a hedge fund in the offseason, flipping houses in Detroit, teaching a financial literacy class at Penn all while playing almost a decade in the NFL — and thought he could be an intriguing option for one of his shows.

Copeland and his brother, Chad, analyzed the potential opportunity. Intrigued by the concept, which would have him buying properties without visiting, the difference between this and other offers he had in the past was this show had a deal already — committed to Netflix. It made this a palatable option.

Access elite coverage for every fan: highlights of the biggest games, original series from NFL legends, unprecedented analysis and more. Sign up now to unlock everything ESPN+ has to offer.

“Liked his resume. Liked the interesting way he had come to property investing,” Forman said. “Liked his spirit and reached out to him as we were casting the show and said we had our eye on you and think we have the perfect vehicle.”

Forman said no one they reached out to bought into the show right away — it was different than typical real estate investment, instead bringing hundreds of people in front of them to consider investments.

Copeland would be different from the other moguls the show would have on. Kelman, Liebman and Wrighster work in real estate full time. Copeland does not.

To prepare for the show Copeland watched more ‘Shark Tank’ than he’d done in the past. If he was scrolling through television and saw it on, he studied the episode. As shooting got closer, he stopped watching because he didn’t want to be an imitation of Mark Cuban or Daymond John. He wanted to be himself.

As well as Copeland has done financially in his career, both on the field and off it, this was a different type of game. He was competing with CEOs and financial mavens. Usually if he were in the room with these people, the loquacious Copeland would be quiet and ask as many questions as possible trying to learn. Now, he’d be on the same stage trying to beat them out for deals.

Copeland’s strategy starting the show was no different than it is in real life investing: Be disciplined. Be smart. Be decisive. It’s why, when Forman was concerned Copeland wasn’t bidding on homes, he didn’t need to be worried.

When Copeland saw a property he was intrigued by, he competed for it. Hard. As shown in multiple episodes, he was strict in not going above a certain price — sliding deep into his chair in one contentious negotiation in the third episode.

The process was unusual in a multitude of ways. First, the panel was given general information about a property beforehand to do basic research — the neighborhood it might be in in a city or town, the type of property. This allowed them to have some background to ask intelligent questions, but not enough where they could figure out the specifics.

Then they are shown the homes together on a video before they meet the potential sellers. This is where things differed for Copeland from anything he’d been involved in before. Wrightster said it was clear Copeland had a strategy, focused on certain cities and cash flow, development opportunities.

Usually, Copeland doesn’t have much interaction with the sellers of a property or piece of land. He knows the information. Tries to learn about the seller — but not actually meet them. It allows him to remove emotion. He couldn’t do that here. Sellers stood feet from him trying to convince someone on the panel to buy their home. Here, he had the history behind the home and the homeowners themselves — some with incredibly emotional backstories — were wide open for the investors. The negotiations, often not public, are open and transparent.

The group of four connected throughout the week-long shoot. They’ve been in a constant group text for a year. Having bigwigs in the real estate space now as part of Copeland’s circle has offered him something else

While Copeland thought he was busy, seeing how they managed their time gave him another perspective of how he can manage his growing businesses better with family time.

The week of shooting actually changed some of his investing strategy. While he had already moved out of single-family home flipping and into larger residential projects and commercial real estate, it taught him about loans he should and should not take.

Ready for kickoff? Sign up now to play with friends and family. Get started >>

Before, he was comfortable with recourse lending, which would allow for the seizure of assets if there isn’t repayment on the loan. Now — “you won’t catch me in hell signing a recourse loan.” While he understands the businesses his competitors-slash-colleagues have are different from his — his decisions and experiences on the show have taught him different ways to catch potential red flags in deals.

It accelerated his already-knowledgeable business acumen as he pushes his real estate holdings into what Copeland hopes is an empire. One potential television deal or deal made on television at a time.

“I completely understood the show and what hopefully people will be a part of it,” Copeland said. “But I also thought it was one of those things that if I said no to this I could regret it for the rest of my life.”

What to put in a dining room besides a table? 9 essentials interior designers include

Sat Sep 3 , 2022
What to put in a dining room besides a table is an important question to ask if you’re embarking on a new dining room design, and one that interior designers always tackle head-on when designing entertaining spaces. While thoughts often turn immediately to the all-important dining table, there are lots […] 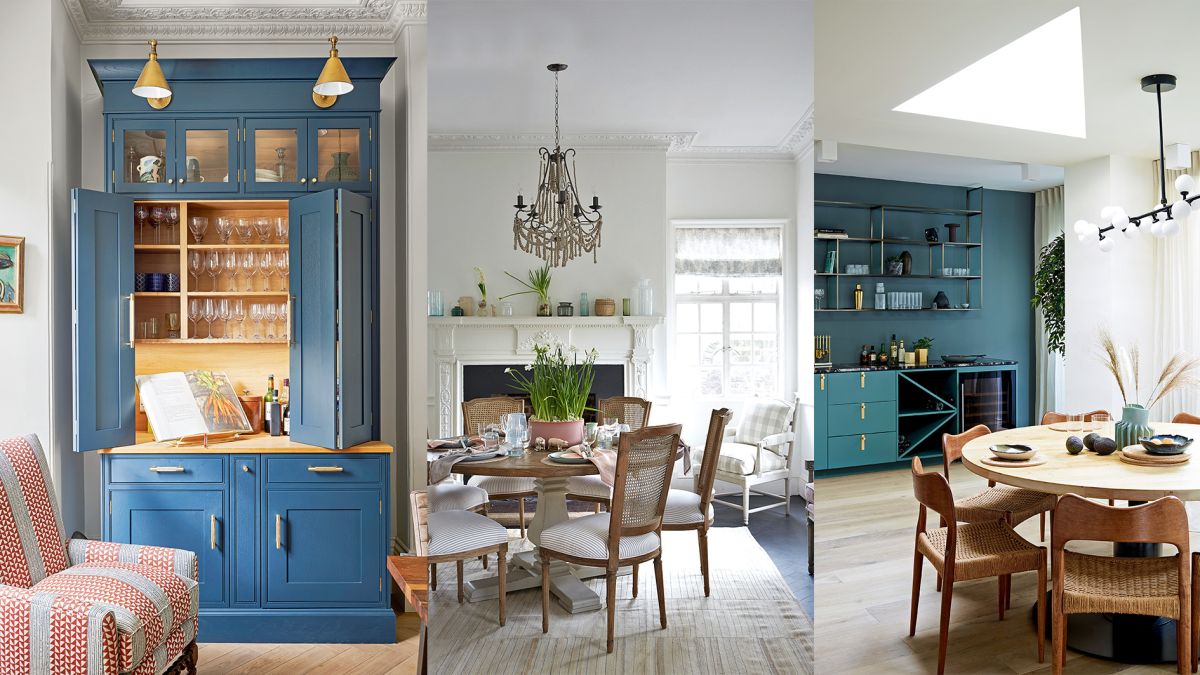