Dire warnings about commercial real estate appear almost daily these days. While office markets are stressed due to increased working from home, some real estate professionals see an increasingly bifurcated market, divided “into haves and have-nots.” Investors, renters, and cities—especially those with older, declining buildings— will need to pay close attention in the coming months to see where they fall and how bad things might get.

But even that language pales against what NYU professor Arpit Gupta and his colleagues are saying, predicting an “office real estate apocalypse.” Using New York City data, they estimate “a 45% decline in office values in 2020 and 39% in the longer run, the latter representing a $453 billion value deduction,” which could plunge the city into a “fiscal doom loop.” Similar damage could hit other cities, and by extension the national economy.

How then do we make sense of other bad—but not apocalyptic—data? CommercialEdge’s monthly “National Office Report” for September found stagnant average office listing rates, $38.70 per square foot, “down 0.1% year-over-year.” Bad, but not apocalyptic. And as I recently noted, some cities, especially in the Sunbelt or those with strong life sciences industries, are seeing strong rental markets.

What do other data tell us? Moody’s documented that securities backed by commercial mortgages saw “a huge spike in elevated delinquency rates” in the second quarter of 2020, right when the pandemic hit. But banks, life insurance investors, and others restructured loans and offered forbearance, lessening their delinquency rates. That strategy will be harder to follow if new pressure comes on the office market, especially with the Fed raising interest rates, making borrowing more costly across the board.

So far, at least commercial banks now seem to have their real estate loans under control. Their charge-off and delinquency rates hit 0.07% in the second quarter of 2020, the height of the pandemic. But in the first two quarters of 2022, the Fed reports those rates at zero, not a signal of dramatic falls in loan quality.

And even 2020’s bad numbers were nothing like the 2008 financial crisis. Between 2009 and 2010, commercial bank loan delinquencies were over 2% for seven consecutive quarters. Tighter regulation has since helped control loose bank lending, so thankfully we don’t have signs that commercial lending failures are pulling down the entire economy.

Going behind the aggregate numbers shows some positive signs in commercial real estate. In the past year, Sunbelt cities like Charlotte and Austin, or cities with concentrations of life sciences like Boston, saw double-digit increases in rents. Google and other tech firms have been leasing large amounts of space in cities like New York and Chicago.

The biggest risk in commercial real estate is older, less desirable office space. The amount of that in any city is central to assessing its overall risk. A magazine roundtable from PERE, which tracks private equity real estate investing, found a “very challenged” but uncertain market, with risks ranging from inflation in construction and financing costs to a looming recession.

PERE’s experts see a “bifurcated” market, with more modern buildings (especially those that are ESG compliant) and some cities in good position to weather the crisis. The PERE investors see a “new normal” with less full-time office occupancy, but with offices still facing “unknown” overall demand from clients.

But these the views of real estate investors, who could be (as they say on the Street), “talking their book” and putting a positive spin on the numbers. In contrast, consider the “apocalypse” analysis from NYU and Columbia professors. By combining working from home data with financial information from real estate investment trusts (REITs) other financial information, they predict “long-run office valuations that are 39.18% below pre-pandemic levels” with “lower quality office stock…a more substantially stranded asset.”

If they are right, cities—and the economy—are in for a rough ride. Although some older buildings might be converted into housing, that’s not an easy or immediate process. Collapsing real estate values could lead to substantial fiscal problems for many cities, resulting in cuts to social services, education, public health, and other essential government functions. We aren’t in an apocalypse yet, but we all need to keep one eye on the possibility.

Here’s how to use bold colors, according to Atlanta’s top interior designers

Mon Sep 26 , 2022
For those designing their own living spaces, the pros warned that there are some common pitfalls to look out for. “The most common mistake that I see happening is featuring an accent wall,” Lauren Wesley Design said. “Frankly, we are tired of accent walls. If you must do an accent […] 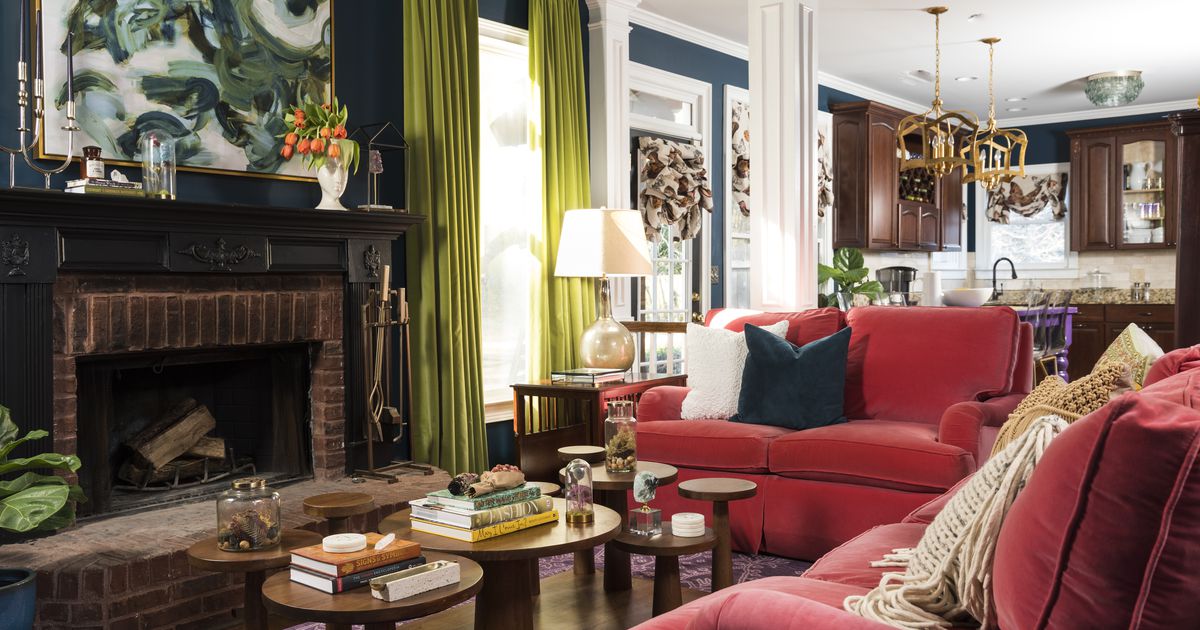