After two years of pandemic-fueled growth, the Greater Boston real estate market is “overvalued,” according to a report the global property information company CoreLogic released Tuesday.

Selma Hepp , the company’s chief economist, said if home prices are growing at a 10 percent-faster pace than local incomes over a period of time, they consider the market overvalued. In March, real estate prices grew 11 percent faster than local incomes, pushing Boston just over the edge.

To put it in context, during the summer of 1987, before a significant real estate correction, real estate prices were growing 144 percent faster than wages, she said. Boston hasn’t been significantly overvalued since the runup to the 2007 mortgage crisis.

“Remember, mortgage rates did not really surge until the middle of March,” Hepp said, “so, over the next month or two, we may see more of that reflected in slower housing market conditions. This 11 percent difference could go down some.”

CoreLogic also puts out the Market Risk Indicator, which measures the local housing supply, population growth, how many homes are still underwater, mortgage delinquencies, etc. That report gave Boston a 46 percent probability of a price decrease in the next 12 months. But Hepp said she wasn’t particularly concerned about that, either.

“While these higher prices and mortgage rates are excluding some folks, the demand for housing is so outsized relative to supply that there still is a lot of people out there who can and will buy,” she said.

Melvin A. Vieira Jr., president of the Greater Boston Real Estate Board, said he’s seeing signs that the market is tapping the brakes and that home pricing has become less aggressive since March. He said this will impact the lower end of the market first.

“We’re going to get fewer bidding wars on properties that are under $1 million,” he said. “You’re really going to see the leveling of prices and even price adjustments. We’re not going to see so many multiple offers on homes in that price range.”

Guaranteed Rate’s Shant Banosian, who had $2.2 billion in funded loans in 2021, said he’s not worried about the Boston market.

“Most of the clients I speak to aren’t maxing out their incomes,” Banosian said. “I’m still looking at people with pretty good credit, low debt-to-income ratios, and some cash leftover when the deal is done. When I do business in Southern California, people are often maxing themselves out. It’s much more affordable here. I’m not seeing a lot of people take themselves out of the market because prices have gotten too high.”

Larry Rideout, chairman and founder of Gibson Sotheby’s International Real Estate, said the report is interesting but not surprising. Interest rates, home prices, and inventory are all changing in the Boston market, and he’s watching closely to see which changes become trends.

“After the meteoric rise in prices over the last couple of years, the world has to get some equilibrium,” Rideout said. “Prices can’t accelerate ten to fifteen percent a year forever. It all comes down to inventory, and everybody’s light on inventory.”

Fri May 6 , 2022
Changes will enable more patients to get the health care they need The cargo van used to provide mobile health care to the Athens community just got a makeover. Several University of Georgia engineering students worked on improving the van’s capabilities for their senior capstone project. The result is a […] 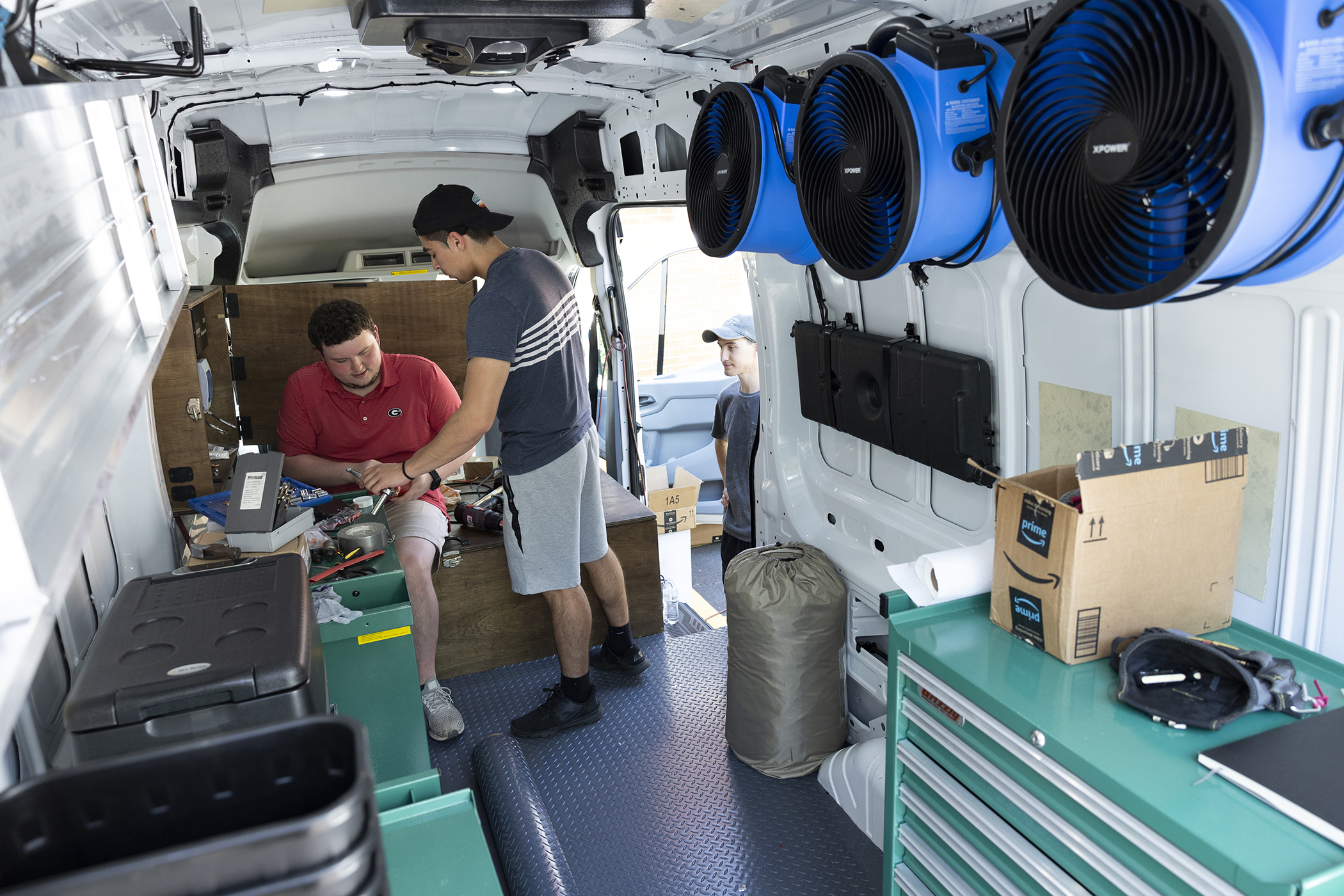