Summertime renovations timed around a president’s vacation are a regular occurrence in the executive mansion. This year, long-sought upgrades to the basement Situation Room, repaving the driveway, cleaning the windows, replacing stone pavers and sprucing up the South Lawn are among the projects.

President Joe Biden isn’t planning any major updates to the Oval Office, as his two recent predecessors did during their first August getaways. He has made some changes since taking office, however, including setting up a small television set directly behind the Resolute Desk.

All presidents find living and working in the 222-year-old White House comes with challenges. Biden has been open about finding life in the White House restrictive and has spent more than a quarter of his presidency in Delaware, where he maintains two homes.

The building is maintained to a museum-level standard, but upkeep is required nearly constantly, and systems sometimes break down.

Doing that work while the President is out of town is usually preferable for the teams of painters, carpenters, electricians and landscapers who descend on the building in August to make the repairs. Biden is spending this week between his homes in Delaware, and spent last week on Kiawah Island, South Carolina, where reporters caught sight of him riding his bike down the sand.

“Go get your bathing suits,” he called out as he rolled past.

He was joining a long list of presidents who have left behind Washington’s steamy Augusts for more relaxed venues. Presidents Bill Clinton and Barack Obama enjoyed rural refinement on Martha’s Vineyard, while President George W. Bush preferred brush-clearing and mountain biking on his ranch in Crawford, Texas.

When President Donald Trump decamped for his golf club in Bedminster, New Jersey, he insisted it was not, in fact, a vacation, but a required getaway while the West Wing was renovated.

He was not wrong on that point — during his first summer as president, White House maintenance staff used his August absence to complete a $3.5 million overhaul of the West Wing, including replacing an air conditioning system that sometimes broke down.

He also swapped out Obama-era wallpaper — installed in August 2010 — with a pattern he selected himself that included scrolls and floral medallions. The room had to be completely emptied to complete the project.

So far, Biden hasn’t executed as extensive an overhaul of the Oval Office. During a hasty Inauguration Day swap-out with Trump, officials changed the rug and hung new portraits, but the sofas and curtains were the same. Biden’s brother Jimmy and the historian Jon Meacham helped make the selections.

Biden placed a number of busts around the room, including of Eleanor Roosevelt and Dr. Martin Luther King Jr. A bust of Cesar Chavez was placed behind Biden’s desk.

Recent official White House photos inside the Oval Office show some changes; the Chavez bust has been moved in front of a window, and in its place appears to be a small television set inside a gold frame. In one image it is tuned to the DirectTV “News Mix,” which shows different cable news feeds.

Recent past presidents have watched television in the adjacent dining room or study instead of the Oval Office itself. Trump famously watched cable news coverage of the January 6, 2021, Capitol riot from the presidential dining room. President Lyndon Johnson had a special television set with three screens inside the Oval Office, along with a teletype machine.

In the Situation Room, where the President and his aides convene top-secret discussions including about military operations, near-constant use has worn on some of the furniture and fittings. The last update to the highly secure facility was in 2006, meaning the monitors on which presidents receive briefings and watch operations in real time are 15 years old.

In its budget request last year, the Pentagon said money was needed for “audio-visual improvements to enable broadcast quality display and production capability” inside the Situation Room, which is actually a suite of offices staffed 24/7 to support the President and National Security Council.

Officials said work on the area would take months, though the rooms’ capabilities — including connecting phone calls between Biden and fellow world leaders — would not be interrupted.

Outside the building, loud construction has been ongoing for weeks on the North Lawn. And the South Lawn has been out-of-commission for landing the presidential helicopter as crews work to make improvements.

Last year, Biden’s plans for an extended summer vacation were thwarted by the Taliban takeover in Afghanistan. He returned to Washington to meet in-person with his top national security officials.

This year, Biden’s summer getaway was preceded by a lengthy bout with Covid-19, which kept him restricted to the White House campus. He was finally able to leave after 18 days.
Biden has demonstrated a preference for leaving Washington on weekends, decamping to his homes in Wilmington and Rehoboth Beach, Delaware. His plans often remain in flux until the last minute.

As of this week, he’d made 49 trips and spent all or part of 150 days of his presidency in Delaware, according to Mark Knoller, a former White House correspondent for CBS News who documents presidential travel.

At the same point in his presidency, Trump had spent 132 days either at his South Florida estate or New Jersey golf club. Obama had spent 38 days on vacation in Hawaii or Martha’s Vineyard. And George W. Bush had spent 100 days at his Texas ranch, making a total of 14 separate visits.

White House officials make the point that Delaware is closer to Washington than the destinations of Biden’s predecessors.

Kitchen Remodel Before & After: A 1950s-inspired Renovation

Tue Aug 23 , 2022
While there will always be a place for white kitchens in our design arsenal, experts have said that kitchen renovations these days are veering more toward colorful cabinets, bold backsplashes, and a generally maximalist approach to design. In short? Kitchen remodel before and after photos are a stark contrast from […] 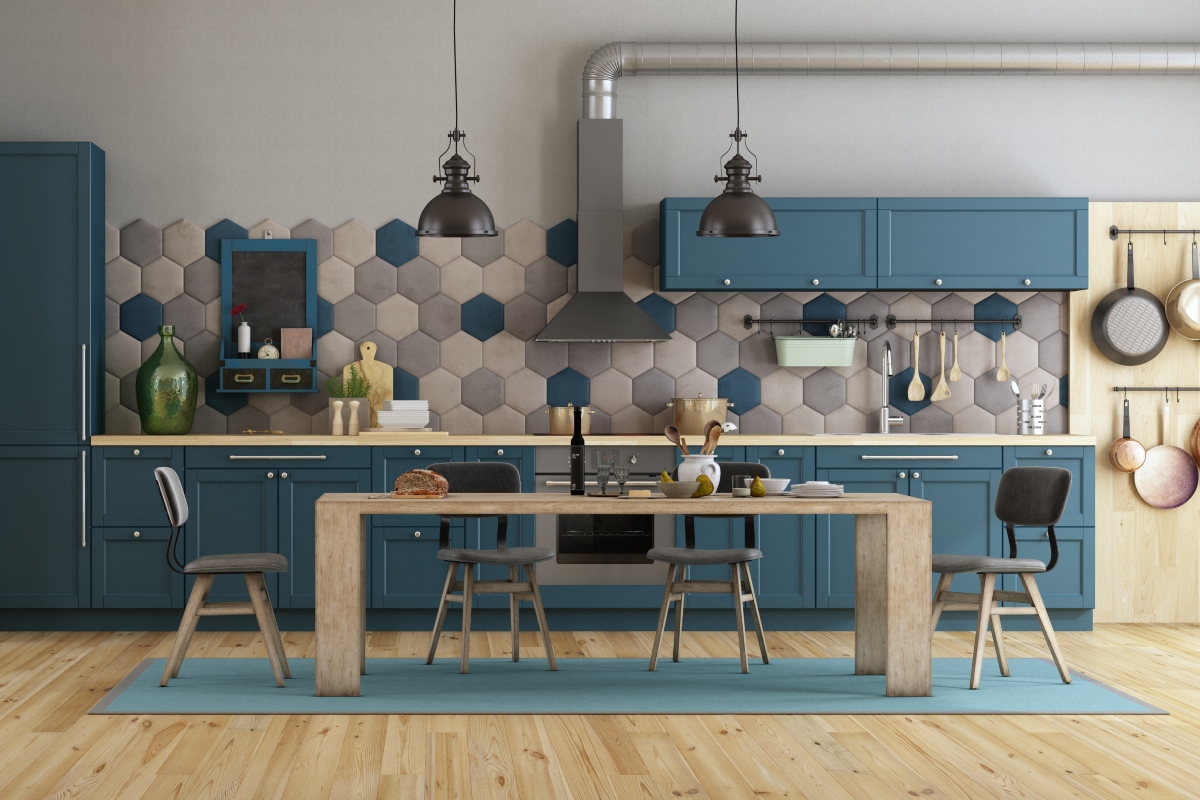