BEFORE THE INTERIOR designer and self-proclaimed home curator Sally Breer and her husband, a general contractor named Dan Medina, moved into their current Los Angeles house, they rented a 1970s-inspired loft in a commercial complex in the city’s industrial Frogtown neighborhood for many years. An exercise in louche minimalism, it was perfect for a couple — with a leather pad for seating on the cement floor and rigid, Donald Judd-esque plywood dining chairs — but hardly right for a family. Once they had a child, they moved into a post-and-beam midcentury “tree fort,” as the pair called it, with a hollow barn door that separated the living space from their baby’s room, preventing them from ever throwing dinner parties. So in 2019, when they purchased a 1950s ranch-style property in the Eastside neighborhood of Eagle Rock, the “first goal,” says Breer, who was pregnant with her second child during the renovation, “was to get our kids’ bedrooms as far away as possible so that we can live our lives at night.”

Sign up for the T List newsletter.  A weekly roundup of what T Magazine editors are noticing and coveting right now, and guides to the world’s best hotels and destinations.

Breer, 34, has the frenetic, frank, almost childlike energy of a creative woman who spends her days selling her occasionally wacky ideas to clients, whether she’s personalizing homes for the actor Chelsea Peretti and the director Jordan Peele or conceptualizing local hotels and restaurants. As half of Los Angeles’s Etc.etera design firm, she and her then-professional partner, Jake Rodehuth-Harrison, were at the vanguard of many of the past decade’s predominant American decorating trends, from sourcing heavily veined marbles in surprising patterns and tones to incorporating low-to-the-ground, undulating vintage sofas and chairs. According to the designer, who earlier this year established her own practice, Sally Breer World, her new place would be the “kind of modern mom-and-dad house where everything is kid-friendly, more or less.”

But pulling that off wasn’t without its challenges. The 2,300-square-foot home that Breer and Medina, 45, found hadn’t been updated since it was constructed 70 years earlier. It had just two big bedrooms, an outdated bathroom and small living and dining rooms; although it also had picturesque front and backyards planted with decades-old palm, pine and oak trees and original, black-bordered casement windows that spanned nearly the entirety of some walls.

The couple spent the next few months puzzling out different floor plans. Ultimately, they moved nearly every wall to create rooms for their two children (Hazel, 4; Ozzy, 2); a substantial living room with a chef’s kitchen and dining area beside it; and a light-filled primary suite at the end of a long, snaking hallway.

WHILE THOSE EARLY decisions were driven by practicality, the first years of the pandemic — when the two of them worked mostly from home in a garage off the backyard that they converted into a shared office — offered endless days and nights to tinker, as they, for instance, repainted the kitchen cabinets twice (they settled on a glossy khaki taupe) and took on countless craft and construction projects. In Hazel’s room, Breer painted several giant yellow daisies freehand on one wall, inspired by Arnold Lobel’s “Frog and Toad” book series (1970-79), and later surrounded them in a pistachio green hue. She built an open-sided, four-poster, jungle-gym-like bed, covered in soft pink cotton velvet. Recently, Breer says, she made a “way better, cleaner” version of it for another residential commission; her husband, she says, has taken to calling their home the Lab.

For what is a house if not a place to constantly experiment? Breer, who grew up in New York City as the daughter of the avant-garde animation artist Robert Breer, considers herself an avid crafter; she relishes homemade patina and imperfections, often relying upon her cadre of downtown upholsterers, fabricators, furniture makers, deadstock-fabric dealers and other partners to prototype whatever visions spring to mind. Bespoke seating is a particular obsession: In the living room, there’s a custom love seat and a massive U-shaped sectional, upholstered in a beige indoor-outdoor textile with thin black pinstripes, upon which she often naps. As with the rest of the house, Breer says, “I like beauty, but I’m also a functional person, and there are specific proportions and depths and fabrics I like.” She makes her own (deeply comfortable) sofas for many of her clients and hopes to sell them as part of a future line.

Like every good experimenter, she doesn’t always love the results of her explorations. Sometimes, in fact, she’s not even sure she wants to stay in this house, which is the first one she and her husband bought together and fully collaborated on. “The minute we’re done” — which may be never — “I’m going to be like, ‘Great, now we’re ready to go,’” she says. On to another place on another street that they can tear down to its studs — and see what comes of it.

Wed Sep 28 , 2022
Our team is dedicated to finding and telling you more about the products and deals we love. If you love them too and decide to purchase through the links below, we may receive a commission. Pricing and availability are subject to change. Since the launch of the Instant Pot, small […] 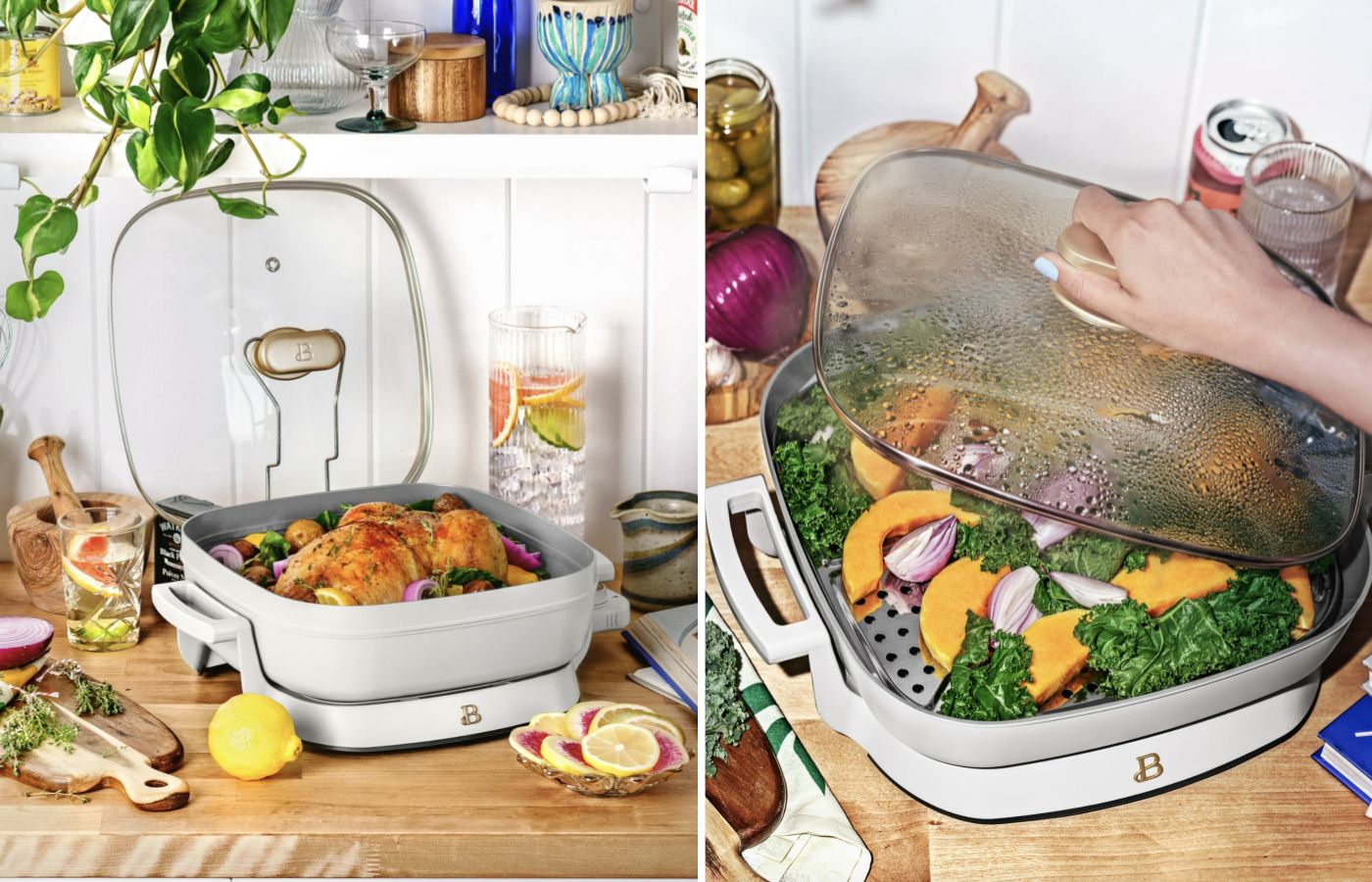